Keller Williams UK is opening a new Market Centre, this time in Oxfordshire - and it has signed a senior Savills figure to spearhead the new enterprise.

Tanya Blake is going to be the operating principal of the new centre, which is to be known as KW Oxygen.

She joins the UK arm of the US Keller Williams enterprise after 22 years at Savills, most recently as Head of Country Lettings Director. 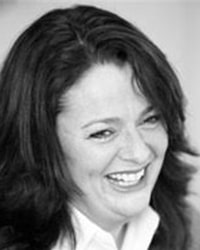 “I’m incredibly excited to be opening a market centre in Oxfordshire but what excites me most is the ethos of the company. I’m looking forward to helping agents change their lives by using the systems and models Keller Williams have in place” she says.

The KW UK model involves market centres - often serviced offices - where an operating principal is supported by a team leader and and administrator. Self-employed agents working for the company retain 63 per cent of their commission at first with the rest funding the overheads and support services.

Once their overall income passes a specific threshold, agents retain 90 per cent of their commission fees with the remainder going to Keller Williams.

The chief executive of KW UK, former Countrywide director Ben Taylor, says of the new market centre: “When the opportunity to work with Tanya presented itself, it really was a no brainer for us. Her expertise and knowledge are incredible. Tanya has had a tremendous career to date and can only grow as operating principal of her own market centre, KW Oxygen.

“She has the drive and enthusiasm to run a very successful market centre, paired with the knowhow to build and guide agents around her. As always, the culture and coaching from Keller Williams will be the backbone in supporting Tanya and the team, she brings together. I have no doubt that KW Oxygen will be a huge success.”

Taylor says the company has more announcements to be revealed shortly, at the start of what he describes as “a big year” for the organisation.

A BBC presenter has used her local newspaper column to mock an...