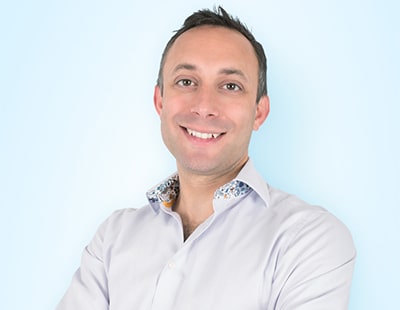 The founder of an online agency has spoken publicly for the first time about how his near-death experience led him to ultimately walk away from the company - and how the stress of running an agency has led him to re-evaluate the priorities for his family and work.

James Davis founded Upad in 2008 after his personal experience as a landlord, working with agencies that were - at that time and in his view - unenthusiastic about technology.

Over the following decade it raised £6m in funding and by the time of his near-death experience in 2019 was earning £2m revenue annually, had over 30 staff and was letting 1,000 properties on a monthly basis - the equivalent of a 35-branch High Street agency chain.

However in a podcast with Propaganda PR, made available exclusively to Estate Agent Today and Letting Agent Today, Davis explains the stress that went with running his agency and which, he feels, contributed to a serious health emergency.

He had no prior warning of a heart condition but felt ‘underpowered’ following a relatively minor skiing accident. He chose, for reasons he still does not understand, to have his blood pressure checked.

It was 200 over 120 - a level which doctors say requires almost immediate emergency attention.

“I had no symptoms, I knew nothing of what was coming up. This literally came out of the blue, 100 per cent, and slapped me in the face on a Friday afternoon. It changed my world around where basically I was lucky to be alive being told this was a ticking clock before I dropped dead” Davis says.

Davis was informed that if he did not have surgery before Christmas he would probably die.

He told interviewer Russell Quirk that he could not go on with a lifestyle whereby he would fire up his laptop as soon as a plane landed back from holiday so he could do some emails before leaving the aircraft. He said there had been very few occasions on which he had been able to pick up his children from school or attend school functions.

That had to stop, he said.

In contrast, after Davis had the surgery, he said that when it came to going into work he felt demotivated and “couldn’t be arsed to do it” - leading to him undertaking strenuous efforts to sell the agency, which proved unsuccessful and ultimately meant Upad closed last October, seemingly at short notice in the eyes of those who did not know the full story.

The podcast is 38 minutes long and worth checking out for the candid revelations of what it’s like running an agency, raising funds and operating a start-up - stresses of a kind that will be familiar to many agency owners.

Although Davis’s issue was a physical condition, today Rightmove is hosting a webinar presented by NHS therapist Hayley Irving-Law, discussing mental health in the workplace. This is available today on the Rightmove Hub here.

Here is the James Davis podcast, and our thanks to Propaganda PR for making it available to our readers.

Countrywide’s biggest critic says: “Here’s my plan to save the firm” ...

Countrywide’s shares took another battering yesterday as they plummeted below the psychologically-painful...