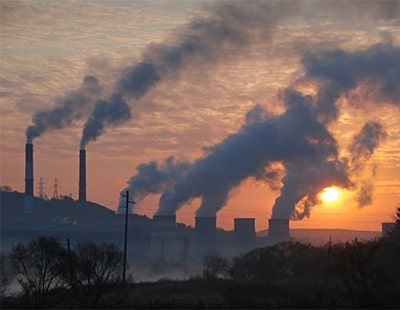 It’s been revealed this morning that the organisation behind a new clean-air website is encouraging buyers to seek reductions of as much as 20 per cent on homes for sale in pollution hotspots.

The Times this morning says a new site - addresspollution.org - will shortly show streets in some of the country’s most expensive areas have air pollution well above the legal limit of 40 micrograms of nitrogen dioxide per cubic metre of air.

The site, created by the not-for-profit Central Office of Public Interest, uses data from King’s College London to give the level of nitrogen dioxide, the toxic gas released when car fuels in particular are burnt.

The website, not yet formally launched, will begin by giving every postcode in London but the home page already says that ‘your postcode will appear here soon’, suggesting that it will be offering a nationwide service.

It gives homes air pollution ratings of one to five - the equivalent of ‘low’ to ‘very high’. The latter category denotes an area that is actually 50 per cent above the legal limit for pollution.

The Times cites a three bedroom flat on London’s Bayswater Road overlooking Hyde Park, valued at £1.7m but scoring four (or ‘high’) in the pollution measure.

The COPI has told The Times that the most polluted parts of London, which in many cases are also those with the highest house prices, could see property values “plummet” - another example given by the newspaper is that of a £1.25m Chelsea home which could see 20 per cent, or £250,000, knocked off its value.

This depends on whether the team behind the website proves correct in its forecast of the impact the information will have on property values.

In  May this year The Times called for a Clean Air Campaign and demanded a postcode pollution monitor - it appears to have its wish.

The newspaper says dirty air costs 40,000 lives in the UK annually and costs £20 billion per year in healthcare and lost working time.

The new website has not fully launched but you can see what is available at the moment here.

Last week we covered a story, broken by The Times, about...