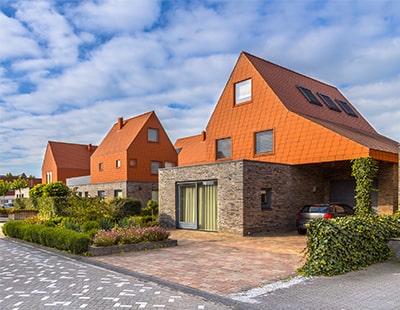 The Guardian has revealed that small investors lured into putting money into TV property guru Kevin McCloud’s eco-friendly housing projects - through crowdfunding and bonds - risk losing 97 per cent of their money.

The newspaper says between 2013 and 2017 McCloud “wooed investors with a string of fundraising schemes that promised returns of up to nine per cent a year from his Happiness Architecture Beauty homes businesses.”

However, it claims small investors who put £2.4m into a bond could lose 74 to 97 per cent of their money, and others who put £1.9m into one of McCloud’s firms in 2013 with the hope of five per cent dividends three years later have yet to receive a penny.

“I stand shoulder to shoulder with those who have lost money” McCloud told The Guardian. “I will of course do everything in my power to improve the current situation.”

The newspaper says McCloud himself also faces a demand for repayment from a restructuring company that has taken control of part of his empire.

As recently as 2017, McCloud suggested that potential investors “hurry and join our community of like-minded investors” and highlighted returns of eight to nine per cent a year for those signing up to a bond scheme.

A key part of the newspaper revelation reads: “During the past few days, the January 2017 bond investors have received a letter from HAB Land Finance which stated that ‘after final completion of the projects at both Kings Worthy and Cumnor Hill [in Oxford], the net return available to bondholders would be expected to range from £606,000 (best case) to £69,000 (worse case) which, in each case, is equivalent to 26 pence and 3 pence for every £1 of bond monies invested’.”

The article continues: “So they would either lose 74% in the best case, or 97% in the worst case. As a result the company has proposed a restructuring of the bonds whereby investors would not see any of their cash back until 2024 at the earliest.”

A platform that allows individual private sellers and landlords to list...

The number of new homes registered to be built in the...