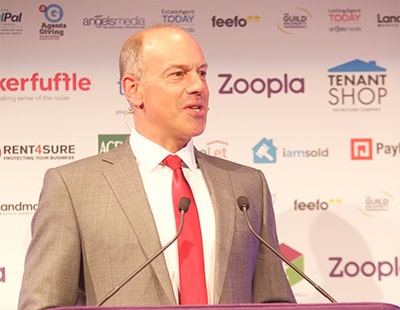 Phil Spencer and his advice website IQ have endorsed the concept of legally binding reservation agreements and digital legal packs through a partnership with Proptech firm Gazeal.

“Whatever the market conditions, the real culprit is the legal blind spot in the way homes are bought and sold in England and Wales. A legal system that allows buyers or sellers to abandon a sale a day before the exchange has always been a point of contention” says Spencer.

“That’s why Move iQ has teamed up with Gazeal, who offer a legally enforceable contract at the very start of the process. Allowing sellers and buyers to agree a deal that has legal force right from the start; can spare weeks of uncertainty and prevent frustration and expense – all symptoms of gazumping and gazundering” he adds.

“Not only that but it’s also good for the traditional estate agent who can often be left with no fee despite committing huge amounts of time and effort on behalf of their client.”

Gazeal says that even when the market is slow, at least 33 per cent of transactions fall through costing buyers and sellers around £270m a year.

The PropTech firm says that with one off its contracts in place between buyer and seller, signed after an offer has been agreed, ia fall through is “completely eliminated.”

Duncan Samuel, managing director of Gazeal, says: “We have designed a system that’s cost effective for the buyer and seller and will save them the agony of fall throughs. We are delighted that such a prominent property expert as Phil Spencer via Move iQ, sees the value in what we are offering.”

Founded in 2017, Move iQ - which aims to be a buyer’s champion, offers a range of intelligence data to users.

Agents should put as much emphasis on ensuring a house move...