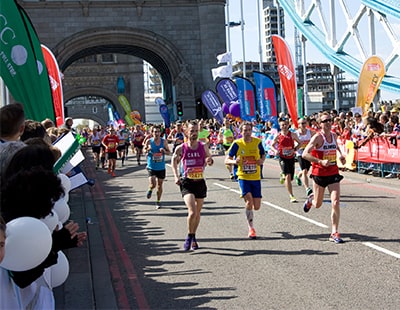 The London Marathon may be just one of literally thousands of fund-raising events but we know it’s a favourite with many agents - and we have several of their great stories here.

Good luck to everyone running on Sunday - do please donate to our industry’s heroes putting their best foot forward.

(Agents Do Charity returns to a normal edition next Friday so do please keep sending in your information to press@estateagenttoday.co.uk and we’ll include your fine work!).

Now, trainers on and water stops planned, here we go…

Carers Worldwide: There are three volunteers from Andrews who are in this weekend’s marathon for the worthy cause of Carers Worldwide, which the agency has worked with since 2012.

The charity develops and promotes cost effective, sustainable and easily replicable methods of providing support to carers in low and middle income countries. Since 2012 - backed by the Andrews Charitable Trust -  the organisation has impacted the lives of over 7,000 carers in Nepal and India.

The runners include Ron Cole, senior branch manager at Andrews in Kingsbury who says: “I haven’t run any real distance since leaving the Army in my twenties, doing the half marathon earlier in the year got me running again and I remembered how much I enjoyed it. I’ve had some personal experience of having to be a carer and its one of the most challenging and lonely experiences of my life. I’m looking forward to helping a great charity and pushing myself over the coming six months.’’ 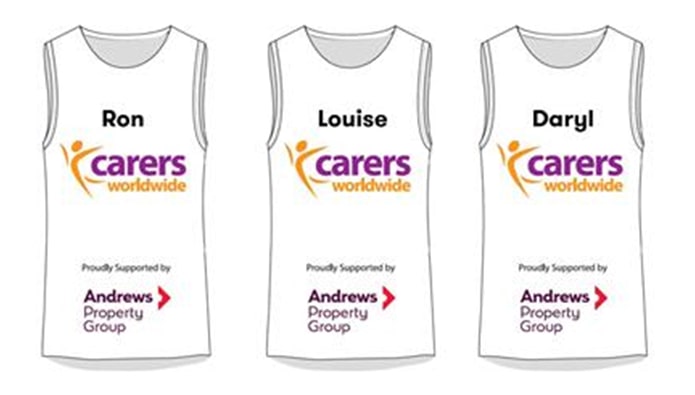 Louise McTighe is also running on Sunday - she’s assistant branch manager at Bath: “The Marathon has been something I’ve been watching on Sunday mornings pretty much since it started. I have watched, year after year, in awe at how people can actually run that far and the amazing comradery and spirit it conjures up, all whilst raising millions for some amazing causes. Until 2012 running was quite alien to me, and even now I find it completely challenging. I will do my utmost to make it round…and to raise as much money as I can for Carers Worldwide and the fantastic projects they support.” 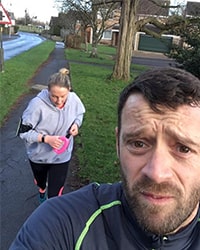 Last but not least there’s the branch manager at Brockworth, Daryl Hill. He adds:“I have always wanted to test myself by running a marathon having run a few half marathons some years back. As a challenge few come bigger, and me being me I intend to test myself with an ambitious time target.”

You can donate to this trio's marvellous adventure here.

Action Medical Research: The heroic Sue Green, who runs Sue Green Property Letting in Lymington, is running her first ever marathon this weekend - at the age of 60! 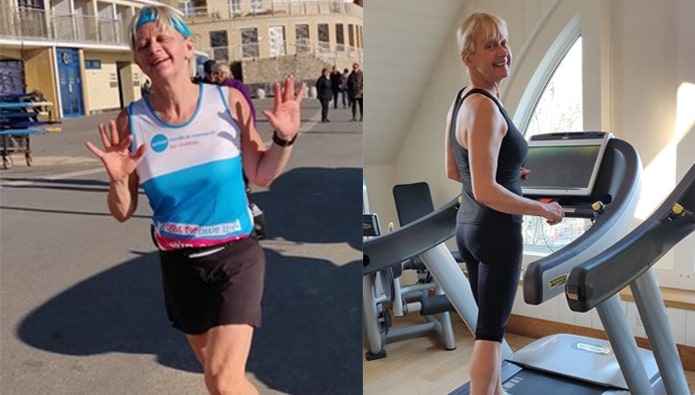 So give Sue a financial leg-up - do please sponsor her if you can.

Action on Addiction: Rob Sperring, land and investment consultant at Winkworth’s reading branch is running on Sunday for this great cause.

"We live in an age of addiction. There is still the stigma and shame attached to addiction, yet it exists and survives in both poverty and extreme wealth. The reality is that most individuals suffering with addiction have homes, families, friends, jobs and people who love them. Childhood is the foundation on which our entire lives are built, however three million children live with adults who suffer with alcohol and/or drug addiction and face chaos, fear and abandonment experienced when living in a family dealing with addiction” says Rob.

You can support him here.

Hugs From Henry: This is the charity chosen by another Winkworth runner, Jenny Rawle from the Fowey office - and she is not only running the London Marathon for the second time, but is currently taking on the Abbott World Marathon Majors, competing six of the worlds largest and most renowned marathons.

“Who knew in 2017 that my first London marathon would lead to Boston, then Boston would lead to Tokyo and Tokyo will lead to Chicago in October. My Six Star Abbott's World Major Marathon journey is well on its way. If you can spare a few pennies I'm running for a very local, small charity called Hugs from Henry, who really need your help” she says.

This is how you can donate to Jenny's charity. 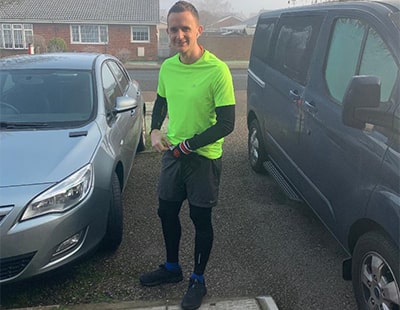 David and Sophie Mathias: David is a solutions architect in the business solutions team at Connells Group and has a very person reason for running on Sunday.

He is fund-raising to buy a new wheelchair for his six-year-old daughter Sophie, who has Down’s Syndrome - here are some pics of them.

Donations can be made here - Go David!

British Lung Foundation: Here’s another fantastic effort, this time from a husband and wife team. 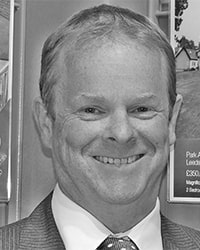 James Barrett is director of Your Move Barrett Hynes in Leeds and admits to being 47 and what he calls "the wrong side of 14 stones!"

He’s running the marathon along with his wife Penny, raising funds for the British Lung Foundation “as they greatly helped me last year when I spent four weeks in hospital and a spell in intensive care with pneumonia.”

Good on you James, and let’s hope people donate here. 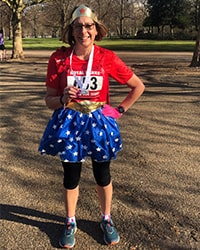 Action For Children: As we featured earlier this week Sharon Hewitt from Chiltern Relocation is running for the charity’s West Hyde, which offers residential short breaks for children with disabilities and complex health needs.

Young people can be referred to the centre by a social worker for after school tea visits, day care at the weekends and in school holidays and overnight stays.

You can donate to Sharon’s excellent charity here, and good luck to her as she faces 26 miles-plus as Wonderwoman! 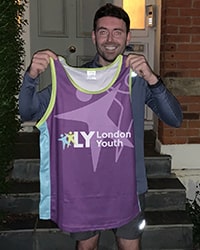 London Youth: Will Brown from the Streatham branch of Kinleigh Folkard and Hayward is running the marathon for London Youth is a charity on a mission to improve the lives of young people in London, challenging them to become the best they can be.

Will has already raised nearly £2,000 for London Youth and aims to complete the marathon in under four hours. Watch this space!

You can help his great work here.

And all best wishes to everyone from the industry participating this weekend - you’re an inspiration!

Agents On The Run: are you running the London Marathon? ...