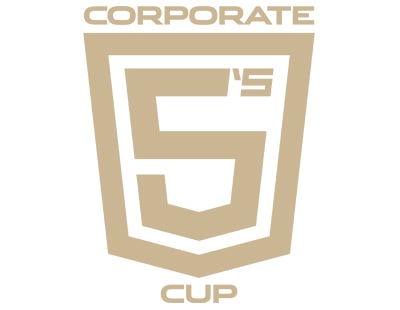 Estate agents and property firms are being invited to take part in the inaugural Property & Construction leg of an event called the Corporate 5’s Cup.

This is a unique series of five-a-side football tournaments, providing businesses with the opportunity to compete against and network with their industry rivals - all while raising money for good causes.

There will be 10 individual industry tournaments at the brand new and state of the art Trent Park Football, London’s premier football centre, culminating in a grand final and one business being crowned Corporate Champions 2019.

The industry tournaments will cover a range of sectors and each tournament will take on a World Cup format with group stages followed by a knockout cup and shield, providing each team with at least four games.

The two finalists from each tournament qualify for the grand final in October and the overall winners will win a place in the Ultimate Tour football competition in La Manga Spain, including accommodation at the resort.

The Property & Construction tournament will be taking place on Friday May 17.

In addition to the tournament, Corporate 5’s provides lunch and branded Puma kits for all teams. There are also a range of fun skills challenges with freestyle footballers on hand to create an engaging atmosphere on the day and to keep teams entertained between matches.

Previous tournaments have attracted and the likes of Chelsea FC, The NFL, LadBible, Joe Media, Puma, The Mirror, ESPN and Red Bull and the feedback from these organisations has been fantastic.

Nat Daniels, chief executive of Angels Media - the publisher of Estate Agent Today and Letting Agent Today - says: “We had the pleasure of being invited to Corporate 5’s’ media tournament back in November 2018. We had great fun and our team really enjoyed representing Estate Agent Today on the pitch in our own branded kits.

“We will be taking part in the Property & Construction tournament in May and look forward to taking on some of the industry’s best agents and suppliers, many of whom, I’m sure, will want to give the press a kicking for a change!”

Eddy Rimmer, hospitality sales manager at Chelsea FC, says: “The Corporate 5’s Cup was a superb day from start to finish. It was really well organised and as much as I enjoyed the football, it was also useful from a networking perspective. We’d definitely recommend it.”

And Dorian Bunker, global digital sales and operations chief at ESPN, says: “The competition is good, the standard is good but at the same time everyone’s been very nice and chilled, so it’s been a good environment for networking. We’ll be back for sure.”

According to Duncan Scott, director at Corporate 5’s Cup: “The feedback that we’ve had from businesses that have taken part in previous tournaments has been fantastic. We’ve found that the main reasons that organisations have given for getting involved is to reward their staff or to use the event as a team building opportunity.

“They’ve also found that the tournaments provide a unique networking opportunity in a fun and relaxed environment and most importantly they love the opportunity to get one over their competitors on the football pitch.”

Readers of Estate Agent Today and Letting Agent Today are being given the opportunity to win a FREE space in the Corporate 5’s Property & Construction Tournament. All you have to do is enter you details here and then a lucky winner will be chosen at random.

The Corporate 5’s Cup provides businesses with the opportunity to raise money for good causes, with £50 from every entry being donated to charity. The money raised will be split - half donated to partner charities Mind and The Bradley Lowery foundation, and the other half will be donated to the chosen charity of the winning team of each tournament.

Hello and welcome to this week’s ADC - yet more examples...