It’s beginning to look a lot like…we’re running a very popular service for agents, as we’ve been inundated with more fund-raising information as the industry gears up for Christmas.

If you’re doing a Santa run, Helping a local food bank or collecting coats for the homeless - or anything else for good causes - just drop us a line at press@estateagenttoday.co.uk and we’ll gladly publicise your find work.

Now, with December knocking at the door, let’s get moving…

Often this breakfast is the only warm meal they might get that day and it also provides an opportunity to create a focal point for people to come together and communicate and seek any additional support they might need.

Jamie Gray, group managing director, Nexa Properties, says: “We feel honoured to be able to support this charity and admire their relentless and tireless approach to helping Portsmouth’s homeless and most vulnerable. It’s disturbing to see how many people are out on the streets, without a home, and Helping Hands Portsmouth go well beyond just providing hot food; they provide so much more in advice and support in housing, health and jobs. And they need and deserve all the help and support they can get.”

Hertfordshire Charities: Every year the public-spirited team at Ashtons estate agency donate £10,000 to three local Hertfordshire charities, split into £5,000, £3,000 and £2,000, as voted for by the public via an online poll on the company’s dedicated URL. There’s also a £500 prize draw for a charity nominated by our clients.

This is a great example of what an agency can do - please click the below links for Ashtons’ 2020 campaign’s most recent updates:

Centrepoint Sleep Out: Many agents and property firms took part in this excellent event, and one - Rentify - has been in touch to explain how it raised a splendid £2,870.

Eight employees from Rentify were part of the Propertymark team and director of agency Lucy Jones says: “Whilst we were thrilled to be able to raise some money for Centrepoint and the brilliant work they do in helping young people who are one step away from becoming homeless, the Sleep Out experience will also have a long lasting impact of all of the team.  The unrelenting exposure to the elements, the lack of safety, the impact on mental and physical health: we were given a small glimpse into the reality for London’s homeless which proved to be an incredibly thought provoking experience for the team.” 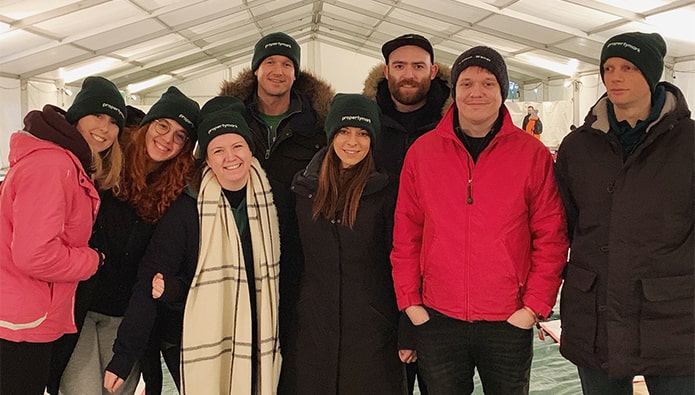 Lauren Scott, President, NAEA Propertymark, who took part in the sleep out, adds: “It’s absolutely overwhelming to have this many people from our industry come together on a freezing cold night in November to raise money for such a fantastic cause! The money raised will provide vital safety and security to vulnerable young people in our country, so it’s been fantastic to have such a large turnout”.

To show support for the team, donations can still be made via Propertymark’s JustGiving campaign page.

Agents Do Charity have also hard from Paramount Properties and Andrews Property Group who - along with so many others - have raised so much for this fantastic cause.

From everyone at Estate Agent Today and Angels Media, huge congratulations to all those who took part.

Young Minds: Following a week walking in the desert, the managing director of Lincoln-based conveyancing firm Fletcher Longstaff has raised thousands of pounds for charity.

Adam Cheal, who had undergone a tough training regime for the past year, tackled the 100km walk across arid desert and sand dunes in Morocco.

He says: “It’s been an incredible experience and I’m so pleased to be able to have raised such a huge amount for Young Minds as it is a charity very close to my heart. Young Minds is a charity that helps children and young people battling with their mental health by offering guidance, support and training.” 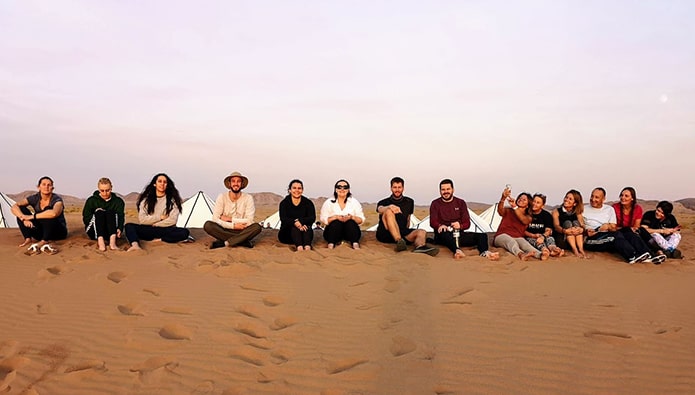 The group of 25 walkers flew into Casablanca followed by a trip to Ouarzazate before a five-hour trip by 4x4 to the starting point in the desert’s M'Harech Dunes. The group then spent five days taking in O'Hare Gorge, the Rhris River, the Bouziane Dunes and Announ Baadi. During the trek, the group crossed vast swathes of desert, scaling some dunes which were more than 1,000ft tall. 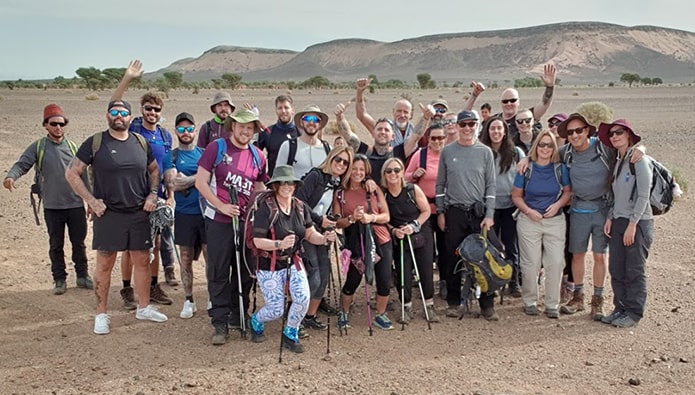 Adam has raised more than £4,000 through a JustGiving page, which you can still donate to here. The remaining £16,000 has come through Fletcher Longstaff’s charitable work over the past few years and donations they have received from clients and other businesses.

The Foundation, which is funded by donations from The Dispute Service and operates in England and Wales, awards grants to encourage best practice in the management of private rented housing and education of landlords on their obligations.  It also seeks to promote the rights and responsibilities of tenants.

To date, the Foundation has awarded £753,375 of funds to a range of different ventures.

Professor Martin Partington CBE QC, Chair of the TDS Charitable Foundation, says: “By contributing to the work being carried out by so many worthwhile organisations, we hope these projects will have a real impact and help more people understand not only how the PRS works but what their roles and responsibilities are.”

For those who wish to apply for a grant in the next round, the deadline for the submission of applications is 5pm on Monday January 20 2020. Funding will be capped at a maximum of £10,000 for each successful project, enabling the charity to maximise its support to deserving organisations around England, Wales and Northern Ireland.

Dorset Mind: And finally this week, details of splendid work being done by Meyers estate agency, based at Poundbury in Dorset.

Agents Do Charity - a bumper bundle for the long weekend... ...

Dare we mention it but this is the final Bank Holiday...

Agents Do Charity - a great manifesto for good causes… ...

Election time means setting out your stall and getting support -...