Dare we mention it but this is the final Bank Holiday weekend of the year before Christmas - so what a great time for the industry to continue its marvellous fund-raising work.

We have an even bigger-than-usual selection of great work to celebrate today, so let’s get on with it - once, of course, we’ve reminded you that just an email to press@estateagenttoday.co.uk with your good work will see you a mention in the weeks to come.

Mortgage Sleep Out: It’s not happening until Friday November 30 but you’ll be able to participate or give at venues across the country, and it’s never too early to plan.

Around 4,750 people were estimated to be sleeping rough on any given night in England in 2017, according to official figures, and Mortgage Sleep Out aims to bring together the mortgage industry in one united voice to raise awareness of the growing plight of homelessness across the UK.

Businesses and Individuals are asked to register to host and organise their own local Sleep Out.

The idea came from Rob Jupp of Brightstar Financial who juist a few weeks ago tweeted: “Shocking how many ‘rough sleepers’ there are in London. I can’t remember a time where there have been so many. It’s a national outrage!”

Responding to his tweet, Maria Harris, Director of Intermediary Lending at Atom Bank, replied: “It’s heart breaking. Maybe we should do a financial services sleep out to raise funds and awareness?”

The idea soon gathered momentum, with the hashtag #MortgageSleepOut trending highly on Twitter and more than 40 firms confirming their interest within a few days.

End Youth Homelessness has been confirmed as the official charity partner for Mortgage Sleep Out.

Participants can set up their own fundraising page and start raising money by visiting  www.justgiving.com/campaign/mortgagesleepout

Shoebox Appeal: Each year Agency Express joins Teams4u in their nationwide appeal to provide Christmas gifts for children and families living in poverty across Romania, Bosnia and Belarus.

In 2016 Teams4u distributed over 35,000 Christmas shoeboxes. Last year that number rose to 38,000 and Agency Express is delighted to announce that thanks to their estate agency customers, colleagues and friends they were able to help boost that number.

Following last year’s success, Agency Express is once again reaching out to the industry asking for your support.

Simply head over to the Agency Express Shoebox Appeal web page, and from there you can download a guide to packing and sending a shoebox, or make an online donation of just £15 and they’ll pack a box full of goodies and send it for you. 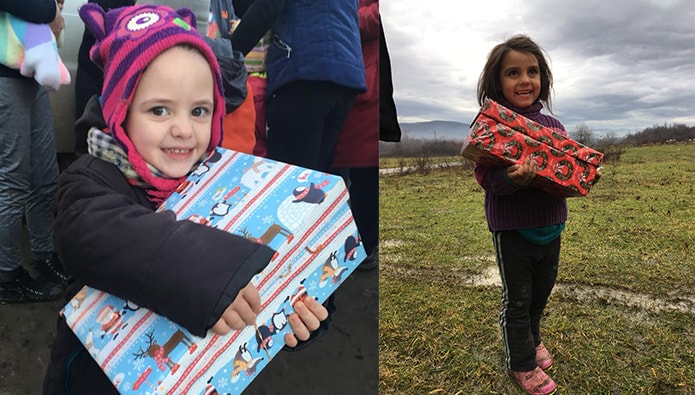 The shoeboxes collected will be distributed through schools, nurseries, hospitals and orphanages. Every shoebox is gratefully received, bringing joy and excitement into an often-bleak existence.

Thurstaston Common Pathway: Donations for the Karl Tatler bag for life has now reached £1,000, every penny of which has gone towards building an all-weather disabled access path at one of Wirral’s most iconic wild places - Thurstaston Common.

Since June 2016, Karl Tatler Estate Agents & Lettings has been collecting £1 donations for the Karl Tatler bag for life. With the bag for life naturally being an environmentally-friendly product, using this as a vehicle to raise donations for one of Wirral’s most loved outdoor areas is a natural fit. 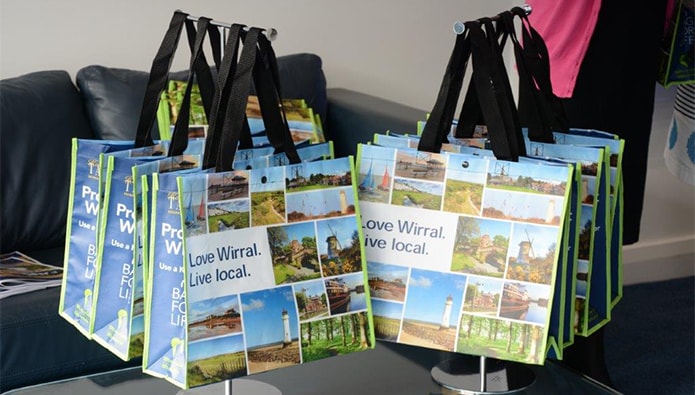 The generous donations have helped create new paths through particularly boggy areas of Thurstaston Common, and a new 50 metre section of all-weather disabled access path, as Phil Neagle, National Trust Ranger, explains. “The Karl Tatler bag for life campaign and the generosity of the people of Wirral people has made a real difference on the ground at Thurstaston.”

To pick up your own bag for life simply call in to your local Karl Tatler branch, make a donation and collect your environmentally friendly Karl Tatler bag for life. Every £1 raised enables approximately five centimetres of path to be created.

Fine & Country Foundation: Sam Funnell, branch manager from Fine & Country Rugby rode a bike for three days from the west coast of England to the east with a broken rib, crossing the Lake District, Yorkshire Dales and Yorkshire Moors for 200 miles, reaching 18,000 ft of elevation.

Each day Sam and his group cycled for between 60 and 70 miles on the mountainous terrain. 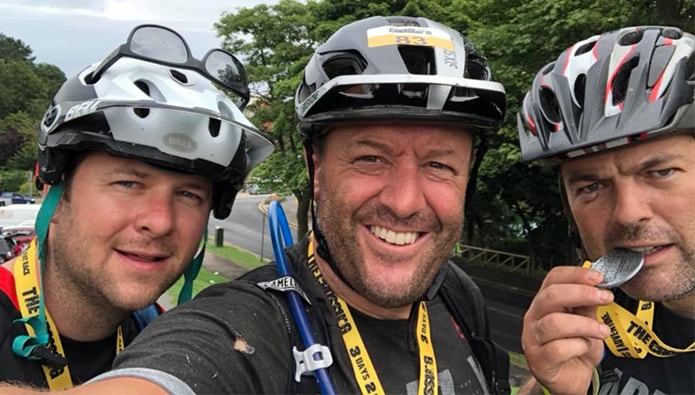 “It was a fantastic ride and loads of fun. As we approached Ullswater it was so steep and slippery from the rain that we had to carry our bikes to the summit of the mountain” Sam says.

The money will go into The Fine & Country Foundation’s grant programme, which will be open throughout October for homeless charities across the world to apply for up to £3,000 of funding. Find out more at www.fineandcountryfoundation.com.

Please help Sam to reach his fundraising target by donating at www.justgiving.com/fundraising/fine-country-rugbycycle.

The company’s divisional team manager Thomas Rogers has joined with the Southend United community and Educational trust and Sellebrity to put this game on and it looks set to be fantastic for the charities and local community - with quite a stellar cast list.

It’s one for the 2019 diaries - details on the poster below - and Thomas says if it’s a success this will be a regular fixture with other games possibly elsewhere in the country. 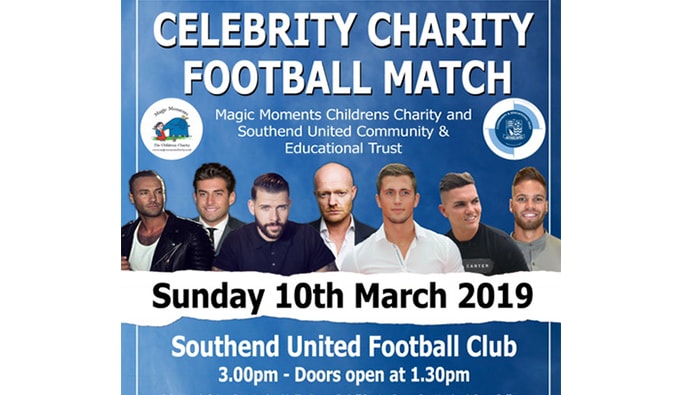 Agents Do Charity - as December arrives and temperatures fall… ...

Agents Do Charity - and it's been a remarkable week… ...