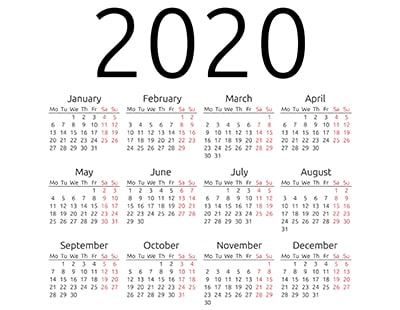 It’s only five weeks to the New Year and new decade and the first agents have started making predictions for the market in the next 12 months.

Jackson-Stops says average UK house prices and transaction levels will remain relatively stable in 2020, with marginal price uplifts of around 1.5 per cent - and that’s on the assumption  the UK leaves the EU and this results in greater political stability.

Properties priced between £500,000 and £1m will continue to be in demand particularly in the three to four bedroom range, while the firm says it expects vendors and agents who are looking to sell properties at or above £1.5m to price their homes competitively - or risk losing out for buyers.

Nick Leeming, Jackson-Stops’ chair, says that he expects the market to be busier once again in the New Year - despite the ongoing uncertainty. ”Some homeowners will be waiting for the outcome of the general election before they put their home on the market, and so we therefore expect to see a greater increase in activity than the usual in January next year” he says.

It says the average price of a home in Britain will rise by £35,000 over the next five years - that’s the equivalent of 15.3 per cent - but there will of course by variations by location.

London, predictably, suffers the most with house prices set to rise by only four per cent over the next five years - almost certainly well below the likely inflation rate. But prices in the North West are forecast to rise the most, at 24 per cent, with Yorkshire and the Humber close behind on 21.6 per cent. Scotland is next up at 19.9 per cent.

Savills also anticipates seeing the Bank of England’s base rate increase from 0.75 per cent to 2.0 per cent by 2024.

“Our forecasts remain sensitive to the economic assumptions used, particularly the cost of mortgage debt. If bank base rates continue to increase gradually towards 2.75 per cent by 2027, as forecast, a period of low growth is likely to continue beyond this five-year period” says the agency.

House prices to rise in 2020 according to almost all analysts ...

The scores are in….and it looks like house prices are going...