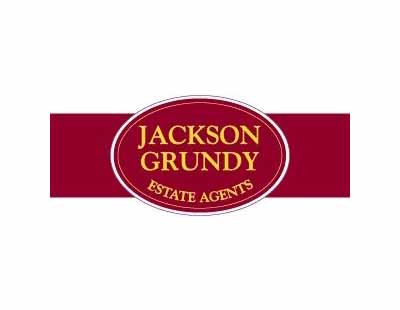 The firm which this week announced it had won a landmark money laundering appeal case says it's not all doom and gloom as it moves on from an incident which first started four years ago.

In April 2014, on its last day in operation, the Office of Fair Trading (OFT) announced that it was issuing Jackson Grundy in Northamptonshire with a £169,652 penalty for 'significant and widespread failures'.

The fine, which is still the largest given to an estate agent in relation to money laundering, related to a series of administration errors identified during a visit by the OFT in June 2012.

Jackson Grundy has since been fighting to clear its name and the fine was reduced to £5,000 at the end of February following a tax tribunal in London.

The agency has also been invited to apply for costs to cover the legal experts it employed and the bad publicity it has suffered.

The ruling at last month's hearing described the initial fine as 'seriously disproportionate' and 'unjust'.

It also criticised the OFT for not speaking to a single office manager, and for being ready to impose a highly significant fine on the basis of 'inadequate information'.

Tribunal judge Howard M. Nowlan likened Jackson Grundy's actions to simple filing mistakes and made it clear that it was unlikely these actions would have been covering money laundering activity.

The 'failings', rather than criminal, were administrative and related to record keeping and documentation.

The ruling says that the excessive penalty would have caused the firm's managing director David Jackson to suffer worry and embarrassment and that it greatly regrets this.

Jackson released a statement to the press this week, detailing that he was 'delighted' with the outcome of the tribunal.

"We now intend to continue to do what we have always excelled at, without distraction – endeavouring to offer our clients an unrivalled service," it reads.

Jackson has described the initial fine as 'farcical'. He told Estate Agent Today that people couldn't believe there wasn't more the firm had done wrong.

He admits that it was 'bad for business' and that competitors used it against Jackson Grundy in valuations.

He says being associated with the tag of 'money laundering' was particularly damaging.

When the visit was made by the OFT in 2012, Jackson says his firm genuinely thought that they were visiting to offer guidance - 'much like how the FCA does'.

"We were caught on the hop a little bit," he says.

Jackson states that the visit lasted just an hour and a half and the next they heard of it was a £200,000 fine 18 months later.

He says it's not all been 'doom and gloom', though, as the firm has tried to go about business as usual while it was all going on.

Jackson Grundy opened its fourteenth branch in 2014 and has also recently expanded in Spain.

"We've been here 21 years and luckily people seem to like us," says Jackson.

"Of course the financial penalty was huge,  but it was the damage to our reputation that meant more to us."

Compliance expert David Beaumont, a director of Compliance Matters and the Property Professionals Support Centre, says he was 'taken aback' by the OFT's initial ruling in 2014.

"There was no mention of actual money laundering and so the penalty related to breaches of Money Laundering Regulation statutory obligations," he says.

"As a professional assisting agents with compliance with their statutory obligations I had never seen anything that warranted such an amount."

"One can only have sympathy for Mr Jackson and his staff, because this whole debacle dragged on for four years," adds Beaumont.

"The OFT and HMRC may have been rightly criticised, but the stress on the business must have been enormous."

Beaumont does emphasise, however, that this case changes little as far as compliance is concerned.

"A £5,000 penalty is no laughing matter and I would urge all agents to look carefully at their own compliance to ensure they have correct policy and procedures, regular training, proper ID checks & good record keeping."

"HMRC will be taking careful notice of this decision; they will not want a case of this nature in the future. This means they will be extra vigilant when conducting inspections, looking for breaches wherever they can find them, to ensure their penalty cannot be questioned," he concludes.

Agents warned not to underestimate anti-money laundering and GDPR ...

Estate agents have been warned that underestimating their legal obligations when...

A month ago we ran a quiz compiled by compliance training...

The Euros are here - try this quiz to see if you're agency is on the ball! ...

The long-awaited Euro 2016 tournament is here at last and to...