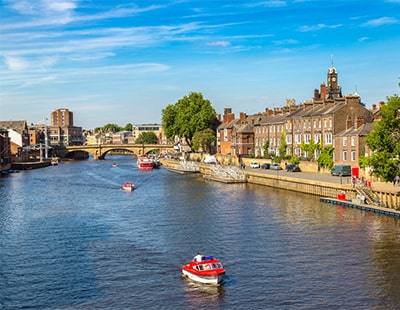 Young adults rather than the older generations are driving demand in the waterside living market, according to Strutt & Parker.

The agent's 2018 Waterside Survey, which spoke to 2,000 Brits, found that over a quarter of under-35s and over a third of 35-39-year-olds are actively looking to live near water within five years.

This is compared to just 12% of over-45s, contrasting with the notion that it is older people and retirees who aspire to live by the water for health and relaxation reasons.

The average age for someone to aspire to live near a waterside location, or actively move to one, is 43, but 41% of those aged under 35 said they want to live closer to water before their mid-30s.

According to the research, a rise in flexible working is allowing more young professionals to live in waterside locations. Among those taking part in the study who already live in a waterside property, 49% work from home. This rises to 61% of 30-34-year-olds and 78% of those in their early 40s.

Of those surveyed who don't currently live within three miles of water, 57% said they would like to in the future. Most under-45s said they consider it to be an obtainable objective.

The study also reveals the main reasons why people do, or would choose to, live closer to water. These are relaxation, better air quality, views, exercising and mental well-being.

The seaside/coast is the most popular type of waterside respondents said they wanted to live near. This is followed by lakes, rivers and docklands.

Cottages are the most popular waterside property type, according to Strutt & Parker, followed by seaside retreats, 'Grand Designs-style homes', Georgian, Victorian or Edwardian properties and apartments.

Property Jobs Today - who’s moving where in our industry ...

Hello and welcome to a new week - and even as...

West London agency RiverHomes is rebranding in what it describes as...