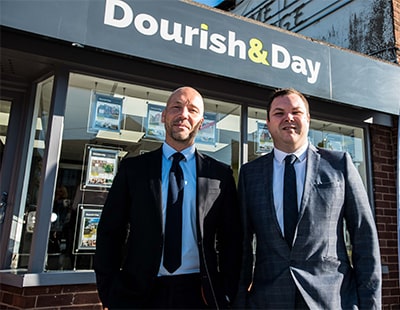 An estate agency claims that it’s gone from start-up to local market leader within 12 months - and now says it’s planning to open a network of offices across the Midlands.

Stafford-based Dourish & Day was set up by Steve Dourish and Jeremy Day in March 2017, has just opened a second office and plans for more shortly.

It also says that based on Rightmove data for homes sold subject to contract, Dourish & Day sold 273 properties between January 1 and August 16 this year more than three times the number achieved by its nearest competitor.

"Estate agency has gone through a revolutionary change in the last couple of years, so we considered long and hard what people want and chose a business model that puts equal emphasis on face-to-face contact and modern technology” says director Steve Dourish.

"People lead busy lives and want information when it suits them, but they also value a High Street presence because they like to discuss their requirements in person. Opening a second branch means we can improve our accessibility to buyers and sellers, landlords and tenants.”

The firm also attributes some of its success to being active on social media, providing property tours on Facebook, Twitter and Instagram, and to being ‘ahead of the curve’ on the lettings fees likely to be introduced in 2019 - it already levies no application or credit reference fees for prospective tenants.

Do you have a similar success story? If so, please let us know by email on press@estateagenttoday.co.uk.

Spicerhaart, which describes itself as the UK’s largest independent estate agency...