Hello and welcome to this week’s Property Jobs Today, the latest weekly catch-up with moves within and across our industry.

A quick reminder before we start - please let us know your company’s latest moves by emailing us on press@estateagenttoday.co.uk and we’ll let the industry know.

So let’s begin in Leicester where a city centre agency, Andrew Granger & Co., has appointed a new sales manager.

Leigh Chapple Lynch first joined the company in 2011 as a valuer and negotiator. In the seven years that he has worked at Andrew Granger & Co, Leigh has progressed to senior negotiator before his promotion to residential sales manager. 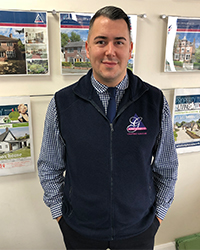 Leigh believes that the company’s investment in training and accreditation has had a hugely positive impact on his career, saying: "Gaining my professional qualifications alongside practical professional experience as a valuer and negotiator has prepared me well to make the step up to sales manager. I’m really looking forward to the new challenge of running the busy Leicester sales team.”

Now let’s swing down to London where JOHNS&CO, an agency specialising in new homes, has announced the appointment of its first finance director.

Julian Pickles, previously head of finance at Hamptons International, has joined the team this month. Julian’s appointment marks the 16th appointment in the past 12 months and is reflective of ambitious growth plans for the business.

Julian was the Finance Lead for Hamptons International during its takeover by Countrywide in 2010 and also during Countrywide’s IPO in 2014. Whilst in this role, Julian oversaw numerous cold starts and some of Countrywide’s acquisitions. 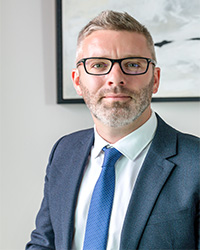 In his new role as Finance Director at JOHNS&CO, Julian will manage a team of five and will oversee the day to day output of the team as well as wider business strategy.

“I can’t wait to roll my sleeves up, get under the skin of the growth plans and have a tangible impact on this business. Merger and acquisition activity has dried up amongst many of the big players in the market at the moment; JOHNS&CO stood out to me as it’s going against the tide” he says.

And talking of Countrywide, as we reported a few days ago the troubled agency group’s executive chairman, Peter Long, is to take up the role full-time; he’s made the decision to quit his non-exec chairmanship of Royal Mail to concentrate on turning round Countrywide.

Meanwhile property consultancy Vail Williams LLP is expanding its operations to create a new Surrey regional office, with plenty of new faces - and the promise of more recruitment later this year.

The specialist agent is set to open a regional office at One Crown Square in Woking in November and will, join others at London, Gatwick, Thames Valley, Solent and Birmingham.

The multidisciplinary team of Valuation, Planning and Lease Advisory experts currently based at Vail Williams’ Guildford office will move to the Woking premises, and will be expanded immediately with a Business Space, Investment and Development Team. The new office will open with a team of 15 surveyors.

“It is an exciting time at Vail Williams as we put into action our ambitious plans to grow our business in line with our business plan. Expanding our presence and reach in this important region will allow us to build upon the foundations and success we have achieved over the last 30 years” according to Kevin Cook, partner and executive board member.

That’s it for now - more next Monday, so until then…