Hello - if it’s Monday, it must be Property Jobs Today, your chance to see a snapshot of the key moves within our industry.

Please let us know when figures within your business are on the move by dropping us a line at press@estateagenttoday.co.uk and we’ll let everyone else know.

We start this week with Britain's largest agency, Countrywide.

One of the best known and respected country agents has returned to the firm after 12 months working with Arun Estates.

Jill Bennetts has returned as regional manager for Freeman Forman, the largest estate agency group in East Sussex and the Kent Weald.

“I’m absolutely delighted to have returned to Countrywide and be working with the Freeman Forman team to continue to deliver the very best for our customers” she says.

As we reported on EAT some days ago, former YOPA director Russell Humphrey has been named as the managing director of estate agency at easyProperty - replacing one of the firm’s key staff members who himself has moved to the merged Tepilo-Emoov-Urban operation.

Russell started in the property industry in 1996 and has worked as a negotiator, regional and division director and as MD of a Midlands independent agency group. He says of his new position: “Having undertaken many roles within estate agency within a variety of models, I can relate to and identify the current needs of property professionals, estate agents and their customers.”

Meanwhile Adam Day, who was head-hunted to join easyProperty just a year ago, has now become head of estate agency at Emoov-Tepilo-Urban.

If onliners are disrupting primarily the sales agency world, Build To Rent is no less disruptive in the lettings sector, and now one of America’s leading advocates of BTR is moving to work in a UK company, Native.

Tracy Peacock has become director of Build To Rent at Native, which was one of the first companies to move into the UK’s new BTR niche back in 2012.

Tracy will oversee Native’s BTR business which comprises of 1,500 apartments, either in operation or under construction, across the UK. Key sites include the 533-apartment Kampus scheme in Manchester, a 183-unit Carolyn House scheme in East Croydon and the 102-home Dalston Works development in London.

“She brings in depth knowledge of leasing up strategies, productivity management, customer service delivery and resident relations from the US multi-family market, all critical aspects of a successful build to rent management platform. She will be a major asset for Native BTR and our investor clients” says a spokesman for Native.

Chief among the lender’s external hires is Antonia Pike, who joins the team from Fleet Mortgages as BTL Team Leader. With over six years’ experience in the mortgage industry, Antonia has worked in a range of roles from mortgage advising to underwriting. 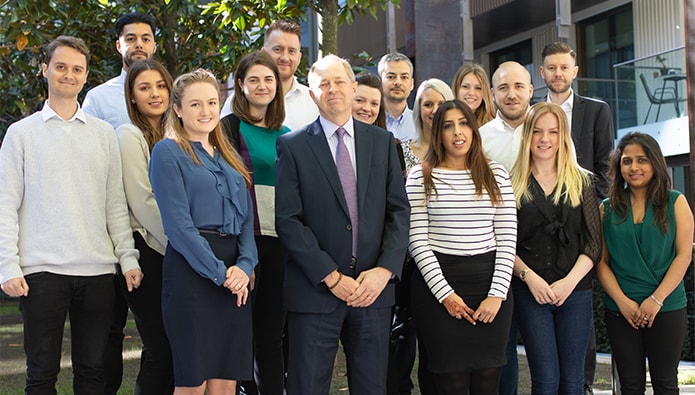 LendInvest has also hired field-based Business Development Manager Shane Wallace to cover the East of England. Shane brings over 10 years’ experience in the specialist lending market and joins the team from Aldermore.

Internally, Mark Foley has been promoted from an underwriting role to a field-based BDM, is now covering the Midlands. Mark has spent almost four years at the company before making this move.

In his new role Terry - who we presume knows a thing or two about space, in the broadest sense of the word - will draw on his NASA training and experience of living with others in close quarters for seven months to help British flatmates avoid everyday domestic conflict.

So it’s one small step for Terry, and the end of Property Jobs Today for another week.

Revealed - the 25 people doing the most to spread the PropTech word ...

The LendInvest PropTech Influencer List has been revealed, naming the 25...

Two UK online estate agencies have been named in a list...

Search is on for PropTech Influencers of the Year ...