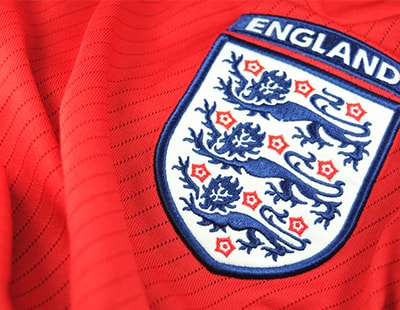 So what did you think of the match? A deserved 2-1 win or a lucky victory snatched from the jaws of a draw?

We’ve got an industry figure reviewing each match along England’s journey and we’re delighted to say Paul James, founder of Property Road, is our first pundit.

Property Road is one of the UK’s leading independent property websites for consumers, focused on educating buyers, sellers, investors, and homeowners on all things property related.

Here’s Paul’s verdict on England’s first showing, against Tunisia - it’s a great review but if you disagree with his assessment or want to add your view of the match, please let us know in the comments section below.

Paul writes: I’ve watched most of the games since Russia kicked things off with a 5-0 victory over Saudi Arabia, and I can honestly say England should not fear anyone this tournament.

Unfortunately, based on this performance, few teams should be scared of England either.

The first 10 minutes showed plenty of promise. England’s attacks had more bite than the millions of midges that had swarmed the stadium.

England were more than good value for the lead when Harry Kane poked home after a good save by the Tunisian goalkeeper. Looking in control, England did what only England can do - throw it away.

A stray arm from Walker was swiftly punished and the resulting penalty expertly dispatched. From that point on, England lacked fluidity.

In fact, until Harry Kane popped up again in added time, I’m struggling to recall a clear-cut chance for England in the second half.

There were few standout performances.

Even Harry Kane had a quiet game, despite taking both goals well. Another Harry, this time Maguire, had an up and down game. Marauding runs forward were punctuated with momentary lapses in concentration.

It wasn’t a terrible performance by any means, and a win is a win, but England will have to improve if they harbour any ambitions of progressing beyond the last 16.

Don’t forget, there will be a review of England’s next match, when they meet Panama on Sunday - hang on to your hats for that one, and the review will be on EAT on Monday.

Poll: How did England do?