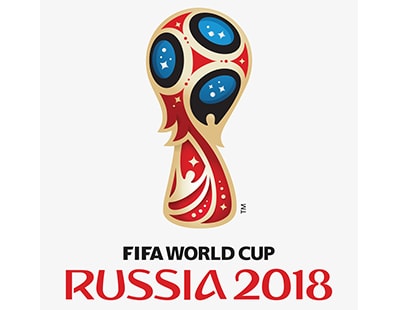 What a weekend for British sport!

In F1 there was Lewis Hamilton’s dominant win at the French Grand Prix, and the big cricket story is England’s historic one day international whitewash over Australia - but of course, Gareth Southgate’s men steal the headlines with an extraordinary 6-1 defeat of Panama.

Have England got one hand on the trophy, or was it just an inevitable humiliation of a tiny team on a huge stage?

Our reviewer of this match is Kae Travis of MoveSelf - that’s the online ‘pay as you go’ agency that he founded a year ago.

Here’s his terrific, comprehensive review of yesterday’s game with some crucial questions at the end - is England only flattering to deceive?

We’ll have another agent’s review on Friday morning after England’s final match in this phase of the tournament, against Belgium.

Preparations for the Panama game didn't go as smoothly as anticipated with Gareth Southgate dislocating his shoulder and his assistant potentially unveiling England’s starting line-up prior to kick off.

But regardless of these comical preparations - which wouldn't have looked out of place in the "Mike Bassett: England Manager" film - the game against Panama provided a huge platform to send a message out to every other team in the tournament.

And boy, did England do that.

Panama are nicknamed the "Canal Men" and after 8 minutes they found themselves up the creek without a paddle.

After a lovely floated corner by Trippier, sprinkled with some shambolic defending from Panama, John Stones rose up like a young salmon to power home a header into the bottom corner.

England’s offensive play began to gain momentum and 19 minutes into the game, after a deft through-ball from Trippier, Lingard was pulled down by the bungling Escobar for a clear penalty. Up stepped England’s main marksman Harry Kane to emphatically dispatch the penalty for a 2-0 lead.

The match became more and more one-sided as England dominated possession and on 36 minutes we witnessed a potential goal of the tournament when Lingard cut in from the left hand side, played a one-two with Sterling, and curled a 25 yard shot into the top right hand corner. This truly wonderful strike put England 3-0 up and comfortably in the driving seat.

A flurry of attacks followed, and in the 40th minute England were awarded a free kick from a central location around 40 yards out. Trippier knocked a short pass to Henderson, who floated an angled cross to the far post. The cross was met by Harry Kane who unselfishly nodded the ball across goal only for Sterling – desperate to regain his confidence – to fluff his lines from four yards out, but luckily for him John Stones pounced on the rebound to put England 4-0 up.

It was party time. Every England goal was greeted by the “Three Lions” chorus inside the stadium, and even I started to envisage Harry Kane lifting aloft the glorious Jules Rimet Trophy.

The onslaught continued on the brink of half time, when what can only be described as GBH on Harry Kane led the referee to point to the spot.  Same taker, same result. Harry Kane was turning the fixture into a rout as England took a commanding 5-0 lead before the interval.

The second half commenced at a slower pace, yet England kept pressing and continued to probe.

In the 61st minute a speculative effort from Ruben Loftus-Cheek was deflected in off the heel of Harry Kane. If Achilles' heel was his weakness, then Kane’s heel was his strength as he fired himself to the summit of the golden boot contenders.

At 6-0 up it was a great opportunity to conserve energy and demonstrate what many refer to as ‘game management’ and by the 70th minute our three most influential players had been substituted.

A relaxed England team started to knock the ball around nonchalantly but in the 71st minute - against the run of play - England conceded a free-kick and were about to be tested for the first time.

The defensive line was high and ragged, and a whipped in free-kick fell to Felipe Baloy whose out-stretched leg turned the ball into the net. England had conceded a disappointing consolation goal to make it 6-1.

Yet still the margin of victory was a new record for England in any major tournament.

As England fans we should be mindful that Panama are a side who have now only won once in their last eight games; they are debutants in the World Cup, and their best-known player plies his trade in the MLS - a league where ageing English players are put out to pasture.

Whilst the England side look well-balanced and electrifying in attack, they do seem to switch off in periods of the game defensively and at this level England will surely be punished against better opposition.

It’s evident that England have the personnel to go far in this tournament.

But we must not forget that in Southgate we have a manager whose only managerial credentials prior to managing the England senior team are relegating Middlesbrough to the Championship and guiding the England U21 team to last place in the group phase of the European Under-21 Championship.

Can Southgate make the big decisions, and most importantly the right decisions, when it matters most? Or will he evoke dreadful memories of previous England managers, void of any ideas, crumbling under the pressure of a nation full of expectation?

Thanks for that Kae. If readers missed our industry review of England's game against Tunisia, you can see it here.