We have the presidential seal of approval for our Agents Do Charity this week - well, sort of, but we don’t mean a quick tweet from the White House.

Read on to see how The Donald features in one of our heroic entries this week; you don’t have to follow him on social media to get the same treatment, however. Just email us at press@estateagenttoday.co.uk with information on what you or your agency is doing for charity, and we’ll give you an honourable mention.

Now, time for wheels up on Air Force One...

Studio 54 is a documentary-film about the world's most famous New York nightclub. Draker offered landlords free tickets and a unique chance to check out the film before it is released later this year in the UK.

For almost three years Studio 54 defined the disco craze before a sudden and dramatic downfall. The documentary follows the way the nightclub defined a generation and four decades after its closure, its fame and notoriety continue. 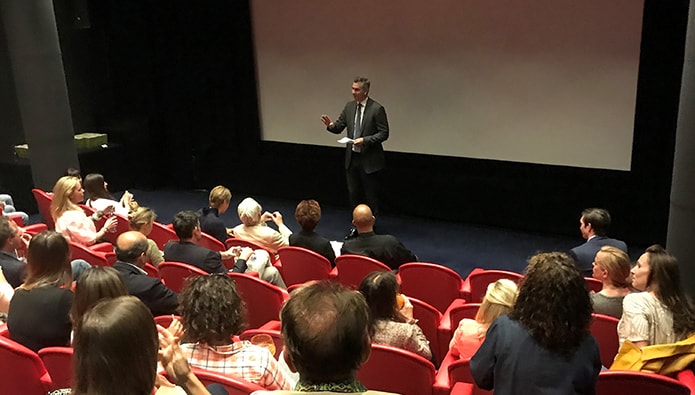 Tim Hassell, managing director at Draker says: “We wanted to organise a positive event and something quite special for our clients. A fun and exclusive evening with drinks, nibbles and a great film. The Royal Marsden does an astonishing job, making a real difference in the lives of so many people and we are absolutely delighted to offer our support and to have raised a grand total of £1,300.  We dedicated the evening to our very special client Amy Feinberg, along with all others who have been touched by the incredible work of The Royal Marsden.”

The night saw 10 property professionals with little or no previous boxing experience, from companies such as Oscar Knight, Area Square, Happy Tenant Company and Property Redress Scheme, enter the world of white-collar boxing to raise money for charity.

The event, originally set up in 2015 by founder of Landlord Action Paul Shamplina - who has a personal passion for boxing - has been such a success that it’s now an annual date in the property calendar. 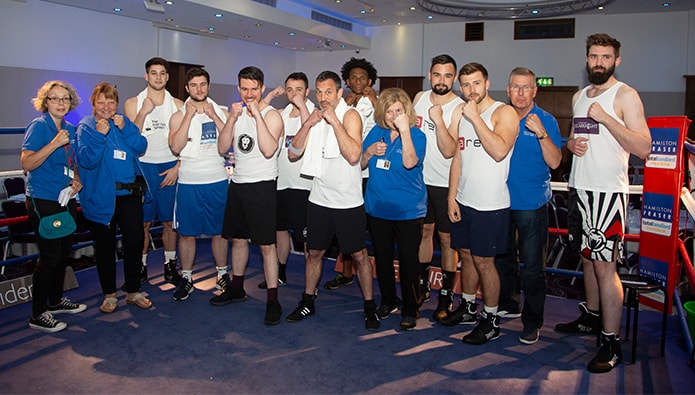 “Knowing what a competitive bunch property professionals are, I thought it would be a great opportunity to encourage some of those I have worked with over the years to join me in raising money for charity. I would also like to give a special mention to Patrick Branderick of Oscar Knight Estate Agents, who, on his mission to get fit, took part and lost over two stone in weight during training” says Paul.

To date, Rumble with the Agents has raised nearly £75,000 for local charities. Paul chose this year's charity, Cherry Lodge Cancer Care, because less than five per cent of its running costs are covered by NHS and local government grants, meaning they rely almost entirely on fundraising, volunteering and donations.

Cherry Lodge Cancer Care is an independent charity committed to improving the quality of life for people living with cancer, their carers, family and friends.  The charity works alongside the clinical care of the NHS in an area centred on Barnet and covering much of North London and South Hertfordshire.

Paul is continuing his support of Cherry Lodge Cancer Care by putting himself in the ring on June 22 in London. If you would like to attend the event, call 07736 613518 or to sponsor Paul please visit https://www.justgiving.com/fundraising/paul-summer-of-glove

Anyone wishing to participate in next year's Rumble with the Agents can visit www.rumblewiththeagents.co.uk for more information.

Caritas Ile Maurice: A Mauritian couple will have a new bathroom and have part of their house rebuilt thanks to the Fine & Country Foundation, which has given £2,921 to Caritas Ile Maurice, supporting the homeless and poverty-stricken in Mauritius.

The resident, Sharon Milate, is 38 and lives in an old house in Cite La Cure, in the Port Louis district on the western part of the island. Sharon lives with her husband Mackenzie, who used to work as a mason, but he can no longer do so following an accident. 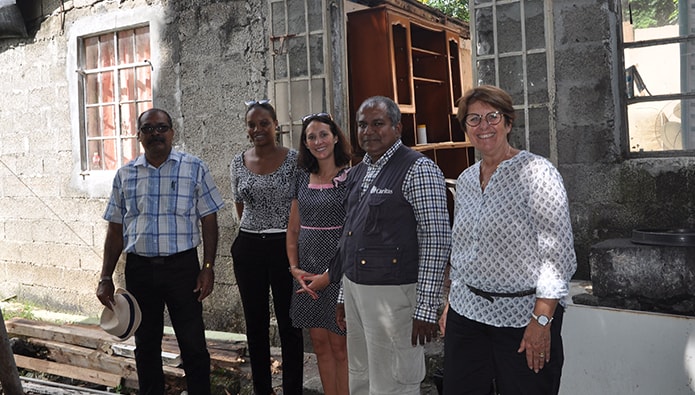 Their house has fallen apart: the timber poles which support the iron sheeting on the roof are ridden with rust and holes. There is no electricity or running water in the house. Each time the rain pours, she has to seek refuge in a Government Centre because the water has rotted everything on the floor, making the house unsafe.

Olivia Bathfield from Fine & Country Mauritius says: “‘I’m so proud to be part of the Fine & Country family from providing me with the opportunity to work with The Fine & Country Foundation. We will help change a couple’s life in a few weeks which is a powerful notion. I couldn’t imagine how poor this couple was until I went to visit them at Cité La Cure.”

Caritas Ile Maurice is one of 17 homeless charities across the world to receive support and funding from The Fine & Country Foundation since the launch of its first grant programme in April.

Homeless charities from across the world are invited to apply for up to £15,000 of funding for The Fine & Country Foundation’s autumn grant programme, open on 1st-31st October 2018.

They joined 40 local golfers of all ages and skill levels to compete for the Rider Trophy. This is an annual event that has been running for nearly 20 years supporting a different charity each year. 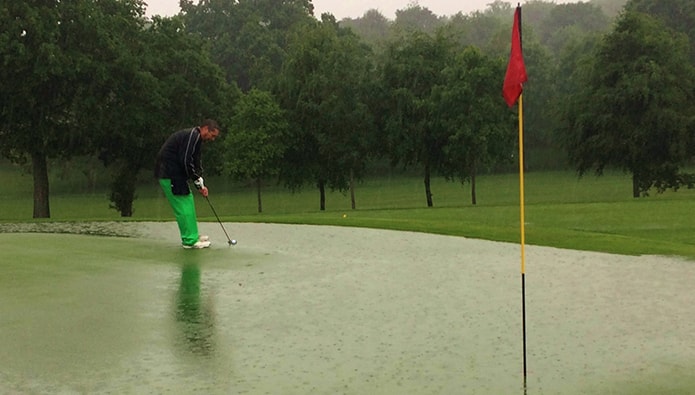 This year ended up with the course being flooded and us being washed out but despite the weather, other events and a raffle raised nearly £4,000 for a very worthy cause

Alresford Golf Club kindly arranged for Belvoir to replay the event later in the year.

Agents Do Charity - including one agency’s First World War fund-raising ...

Hello and welcome to another Agents Do Charity, our round-up of...