The weather may be saying otherwise, but we're now in June and agents will be extra busy as buyers look to get out and about on viewings over the next few weeks.

Despite busy schedules, estate and letting agents all over the country have found time to undertake all manner of activities to raise money for good causes.

Every week we like to publicise the fundraising work of property professionals and so if your agency is doing something for charity please let us know all about it on: press@estateagenttoday.co.uk.

Representatives of the firm braved the waves to raise cash for Hospice at Home, a community charity which cares for patients with cancer and other life-limiting illnesses across Gwynedd and Anglesey.

The five branch agency's mascot, Donald, and his crew may not have set any new course records, but they proved that high street estate agents aren't sinking while raising money for a good cause. 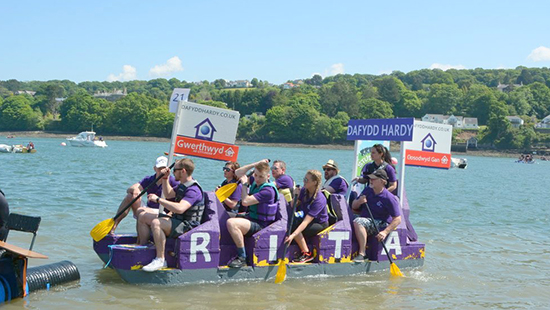 Aquaid: The London division of Jackson-Stops and Staff has funded a water well pump in Mozambique through continued purchase of water cooler bottles from Aquaid.

The agency's London offices have been buying water through Aquaid – a charity which has helped build nearly 6,000 water pumps in developing African countries – since July 2013.

“It’s fantastic to think that whenever somebody from Jackson-Stops & Staff is pouring a glass of water to drink in one of our London offices, they are playing a small role in helping to provide safe, clean drinking water to people in Nhamatanda,” says Law Clark, group operations manager of Jackson-Stops and Staff, London Residential. 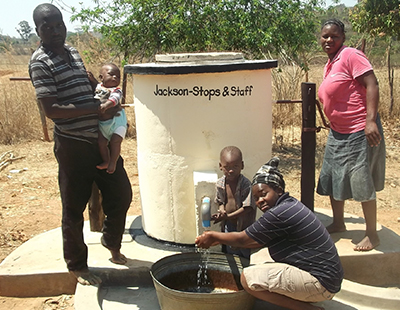 By asking member of the public to guess the number of sweets in a jar, dressing up in orange clothing for the day, baking and selling orange cakes and taking part in a bowling marathon, the agency has raised almost £4,000 for Magpas Air Ambulance, a charity which brings advanced 24/7 care to save lives and reduce disability.

Here's a link to their donation page: https://www.justgiving.com/fundraising/Thomas-Morris7. 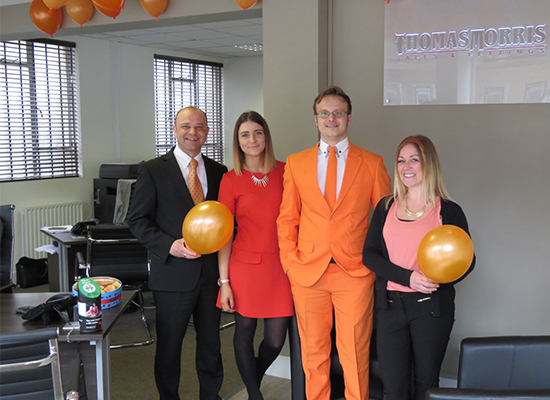 Noah’s Ark Children’s Hospice: A whopping £22,000 was raised at this year's Rumble with the Agents, held in Finchley and organised by Landlord Action.

Agents from Winkworth and Kinleigh Folkard & Hayward, as well as property professionals from Auction House and The Property Redress Scheme took part in an evening consisting of six fights and a charity auction.

The auction was hosted by former world light-heavyweight boxing champion John Conteh and one lot, a signed Anthony Joshua glove, raised £1200 on its own.

The event, which pitches property professionals with little or no boxing experience up against each other, was in aid of Noah's Ark Children's Hospice, a North London community based hospice, providing support for children and young people with life-limiting or life-threatening conditions. 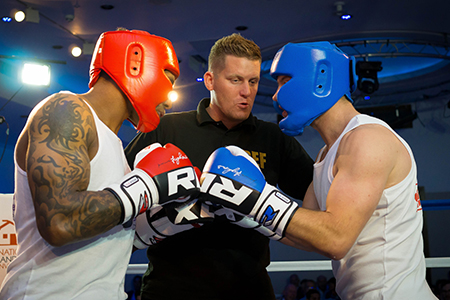 The firm has sponsored new shirts, and four protective helmets, for Alwoodley based Old Leodiensians – a gesture which is thought to have left the players and staff 'bowled over'.

"When the boys and girls now take to the field they not only look like a team but judging by our early season results they are definitely playing like one as well," says Phil Sharratt, coach of the Old Leo’s Under 11’s.

"Visiting a club like Old Leo’s and seeing the smile on the children’s faces, and their pride in wearing the club shirt, is one of the most satisfying aspects of the job," adds Louise Lawrence, manager of Manning Stainton's Moortown branch. 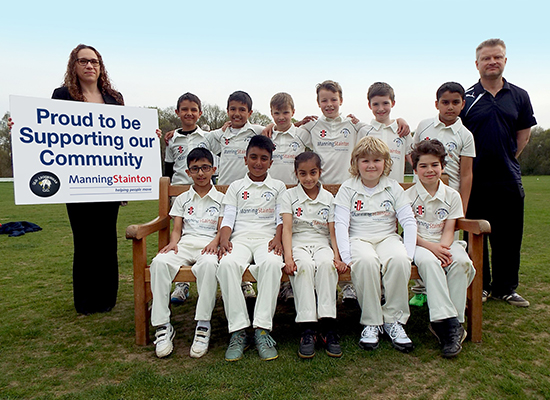 Your office decorations wrapped up - and festive greetings from EAT ...

So here it is … a very Merry Christmas from Estate...