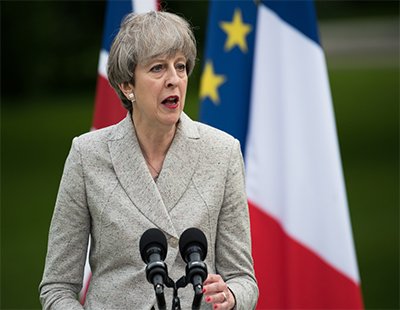 Theresa May has appointed a controversial former Shelter executive as her new housing policy adviser working in Whitehall.

Toby Lloyd was until recently head of policy at campaigning charity Shelter, which has been seen by many in the agency industry as being antagonistic towards lettings agents and landlords in particular.

Amongst his ideas floated on blogs for Shelter has been one supporting the proposal that tenants of privately rented properties could be given the Right To Buy.

“This is a brave and radical proposal, and one that deserves serious consideration by the government, if they really are so committed to increasing homeownership. If it is acceptable to sell public assets at a discount under the original Right to Buy, to push housing associations to do the same with their stock, and even to force councils to sell valuable council homes at full market prices, surely the same logic should apply to private rented homes?” he asked back in 2016.

Over recent years he has also advocated councils having the right to impose S106-style planning gain demands on the builders of starter homes - exempt from some of these requirements in some cases - and on a number of occasions have advocated major reform of land ownership, control and planning.

Last year he said he hoped the government would start “tackling the vested interests that control the supply of land” in the UK.

Prior to his stint at Shelter Lloyd worked at Navigant, a consultancy, and previously was deputy chief executive of campaigning and research charity the Henry George Foundation. He had also worked at the London Rebuilding Society developing non-profit equity release products for vulnerable homeowners in London’s East End.

Between 2005 and 2007 he was senior policy manager at the Greater London Authority, where he worked on the Mayor’s housing strategy - the Mayor at the time was Ken Livingstone.

The property industry has broadly welcomed the appointment of a new...

Government to hold housing summit tomorrow as it scrambles for ideas ...

It has been revealed that the beleaguered government of Theresa May...