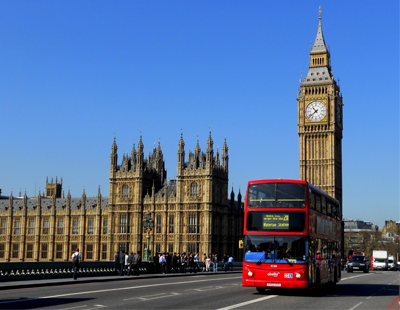 He almost immediately received a taste of the cynicism in the industry about frequent political changes, in the form of research from online estate agency HouseSimple; although it was released a matter of minutes before Brokenshire’s appointment, it told a story that will be familiar to many within the agency and house building sectors.

HouseSimple claims the government is on course to miss its manifesto pledge on house building by more than 80,000 homes after construction slowed in the first six months after last year’s General Election.

“The battle to solve the housing crisis has not been helped by a succession of different housing ministers. Dominic Raab MP, the current Minister of State for Housing, is the seventh housing minister since 2010. His predecessor, Alok Sharma MP, had only been in post for just over six months” says a statement from HouseSimple.

According to government figures, the number of new homes started between mid-2015 - when the pledge begins - and the end of 2017 was 386,160 and the number of new build starts has increased by 7,235 on average over the past two years.

“The government’s main concern should be the anticipated failure to deliver on its most basic pledge to build one million homes by the end of 2020. If they fail, critics will simply paint the more lofty aspirations to build 300,000 homes a year as a piece of political theatre” says Sam Mitchell, the HouseSimple chief executive.

“This issue deserves to be more than a distraction for voters and it would help if the revolving door of housing ministers were to stop. The housing crisis is real and affordability problems play havoc with other parts of the economy as first-time buyers in particular are forced to part with significant chunks of their disposable income in order to get on the housing ladder” he says.

He resigned at that point to undergo cancer-related surgery which appears to have been highly successful.

Brokenshire is regarded as a popular MP amongst his peers, who has represented Old Bexley and Sidcup for the Conservatives since 2010, having previously been MP for Hornchurch and Rainham from 2005.

His official CV says he has campaigned on issues such as crime, asylum and immigration and keeping healthcare facilities at his local hospital.

From 2006 to 2010 he was Shadow Minister for Home Affairs and in the Coalition government led by David Cameron between 2010 and 2015 he held junior posts at the Home Office.

Before entering Parliament he was a partner at a large international law firm where he advised a range of companies, businesses and financial institutions on company law, mergers and acquisitions and corporate finance transactions.

Brokenshire has received a courteous welcome from the agency organisations NAEA and ARLA.

A joint statement from Mark Hayward - chief executive of the NAEA - and David Cox, his counterpart at ARLA says: “We welcome James Brokenshire into his new role as Housing Secretary, following Sajid Javid’s move to Home Secretary.

“Over the last 12 months, housing has been high on the political agenda, with Sajid Javid and his team working closely with the industry to make qualifications for property professionals compulsory, and ultimately make the process of buying, selling, renting or leasing a property better for consumers. We look forward to meeting the new minister and working with him and his team over the coming months and hope the department’s position and policy focus stays on track.”

Meanwhile Melanie Leech, chief executive of the British Property Federation, says: “While it is disappointing to lose Sajid Javid from housing, we welcome James Brokenshire and look forward to working with him to drive forward the government’s multi-tenure approach to new housing delivery and the policy changes to the National Planning Policy Framework

“These changes underpin the government’s agenda on so many levels – providing the right homes in the right places will increase UK productivity, economic growth and social wellbeing in the long-term” she adds.

A new national housing agency – Homes England – has been...

High profile housing minister named - but how long will she last? ...

Esther McVey is to be the new housing minister - one...

The new Secretary of State for Housing, Communities and Local Government...