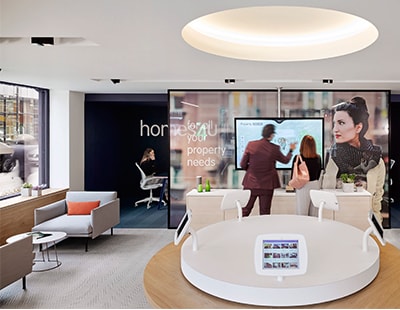 Four estate agencies have opened new branches, either as a result of expansion or because of acquisitions.

“It‘s a world away from the traditional agents shop fronts and administrative based office format” says the firm which has avoided rows of desks and instead opted for a central console of touch screen tablets.

Customers are encouraged to browse rental and sales listings at the console with staff alongside. The working office is concealed behind a large glass screen, in an acoustically controlled environment, and customers can view properties on a larger scale on a 65” interactive touch screen.

Knight Frank also has a new sales and lettings office, at Woolwich in London.

It’s based in the Royal Arsenal Riverside development, where Knight Frank is an instructed agent, continuing its strong relationship with Berkeley Homes, the developer of the scheme. The move follows other Knight Frank openings, many in or near schemes the agency is instructed to sell and let: these include sites in Aldgate, Tower Bridge, Victoria & Westminster and Battersea & Nine Elms.

Still in London, Hunters has a new branch opening at Bethnal Green. This follows the acquisition of Prospect Residential, which had operated in the area for over 10 year.

Hunters, which opened its first office in York in 1992 and its first franchising branch in 2006, now has a network of over 200 branches nationwide.

Finally, Essex and Suffolk agency Fenn Wright has acquired Woodbridge operation Neals and opened what it calls a flagship branch in the town.

The office is part of the new Whisstocks development and is the 10th branch for Fenn Wright. The intention is to provide a seamless integration for Neals clients into Fenn Wright’s residential and letting portfolios. 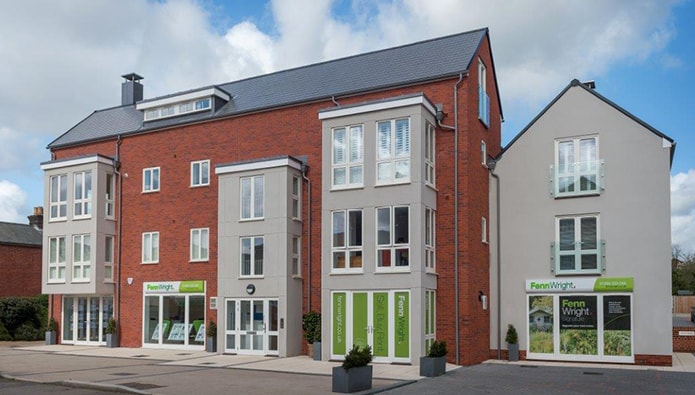 James Neal, son of founder Dennis H B Neal, will be joining Fenn Wright as an associate partner.

Charlie Wright, partner at Fenn Wright, says: “Our presence along the A12 corridor puts us in an excellent position to bring greater quantities of buyers to the Woodbridge market, particularly as we notice a number of buyers moving from London into Essex and then further afield into Suffolk and along the coast.”