If you thought Christmas Eve meant no more news in terms of industry movers and shakers…well, think again - we’ve one more edition of Property Jobs Today for you.

Thanks to everyone who has let us know of job changes this year; more of the same, please, in 2019 and by emailing press@estateagenttoday.co.uk you can help us tell the industry what’s happening in your company in the new year. 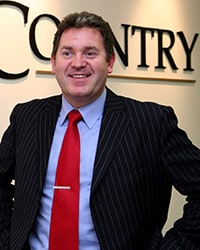 Let’s start today with the news that Portsmouth agent (and occasional Estate Agent Today contributor) Colin Shairp has become chairman of the national advisory council for Fine and Country.

Colin has owned the Fine and Country Southern Hampshire agency for almost a decade, and says: “It’s a privilege to be elected into the chairman’s role against stiff competition from three colleagues."

"I’m delighted to have support from the council and although there are bound to be tough times ahead I hope to lead with a positive, upbeat, proactive, and considerate approach.”

He continues: “I have been an estate agent in southern Hampshire for more than 30 years and am always keen to promote better training and delivery of the service clients have a right to expect.” 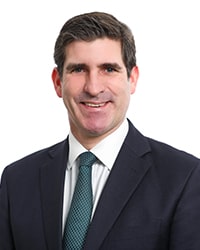 Congratulations, too, to David Ruddock who is the new head of residential sales operations at national property consultancy Carter Jonas.

David is working with the company’s network of 33 offices to further develop the firm’s residential offering.

He will analyse and build on the team’s current operational practices and, where necessary, introduce new strategies to strengthen and grow Carter Jonas’ market share in line with its long term growth strategy.

He has over 25 years’ experience in the sector and has held a number of senior positions including as a director at both Savills and Prickett & Ellis; he joins fromMarsh & Parsons where he helped to deliver its expansion into north and east London which included the launch of its Marylebone office. 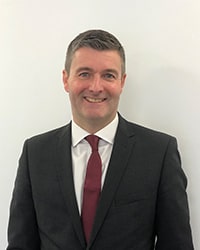 Jeremy brings with him over 25 years’ experience and knowledge of the legal and conveyancing industry; he succeeds Roger Wilson who recently announced his semi-retirement, with effect from April 2019, following 13 years’ service with Connells Group.

Jeremy joins from AIM-listed legal and professional services group Gordon Dadds, where he was Managing Partner of the firm’s Cardiff and Bristol operations and Head of Real Estate amongst other roles.

Jeremy is well-known within the conveyancing industry, having previously been on the management team that established the volume conveyancing operation at national law firm Shoosmiths, as well as having sat on numerous committees at prominent industry bodies including RICS, The Law Society and HM Land Registry.

In his new role, Jeremy will have full responsibility for all the conveyancing propositions offered throughout Connells Group, which now handles over 44,000 completions a year.

And finally, the Property Codes Compliance Board has appointed Stephen Murray as a new board member.

Stephen is the nominated representative for the Council of Property Search Organisations and been welcomed by PCCB chair Kate Davies who says: “We’re delighted to welcome Stephen as an industry representative and keen consumer champion. Stephen has been in the industry for 16 years and brings a wealth of knowledge and experience to carry out his role on the board.

That’s it from Property Jobs Today in 2018 - see you again next year. In the meantime, keep up with the rest of the industry news over the holiday season on Estate Agent Today and Letting Agent Today.

But from PJT, until our next edition on January 7 2019, have a great time…