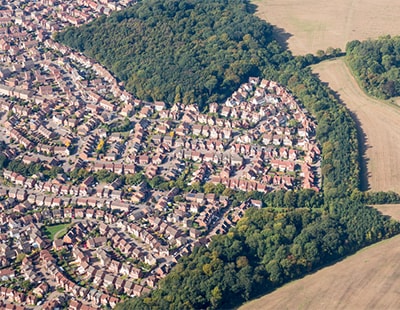 With an average house price of £252,896 and trains to London taking as little as 24 minutes, Luton has been named by estate agency Jackson-Stops as offering the best combination of affordable housing and a high quality commute.

The agency has used data from Rightmove and National Rail to create a league table obased on house prices, annual house price growth, train reliability and speed of journey.

House prices in Luton have increased 10 per cent over the past year, well above the national average, and the equivalent of nearly £23,000 – an equity increase which covers the cost of the annual train season ticket from Luton to London more than four-fold, says Jackson-Stops.

The rest of the agency’s top 10 was made up of Weybridge, Woking, Basildon, Reading, Chelmsford, Redhill and Oxford.

“Commuters to London are going to be feeling the strain of their annual rail fare in 2018, with the 3.4 per cent average increase in price outstripping wage growth for many” says Nick Leeming, chairman at Jackson-Stops.

“For those moving within the London commuter belt, and families moving out of central London, location will be key. It isn’t just about the average house price, many people will have first-hand experience of train delays, engineering works and strikes, and will be looking closely at the length, quality and cost of their commute.

“The reliability of trains is something buyers are looking at more closely when they move to an area and there are stark differences between the different train operators. It’s no good the journey taking 25 minutes in theory when it is blighted by delays every day and ends up taking much longer” he concludes.

Agency drops claim that it's number one in its area after complaint ...

A firm has agreed to amend its claim that it was...

In the week the Nationwide recorded the UK’s highest ever average...

More London vendors quitting the capital according to LonRes ...

Almost half the agents in London surveyed by LonRes say that...