One of the most thorough analyses of property portals ever undertaken shows that Rightmove is the world’s most profitable portal company and ZPG the most diverse.

The assessment has been undertaken by Mike DelPrete, former head of strategy at the property portal Trade Me in New Zealand.

DelPrete shared the findings with Estate Agent Today ahead of their publication online.

In a 120-slide analysis of the world’s major property portals, DelPrete uses EBITDA - the financial measure of earnings before interest, tax, depreciation and amortization - to evaluate portals’ performance in comparison with each other. Rightmove comes out far ahead of other similar websites around the world with an EBITDA of 75%.

Rightmove is also the big winner when it comes to a comparison of portals’ revenue for each $100 spent - Rightmove rakes in around $410, with the second place portal taking in only around $315.

The ZPG numbers used to compare with Rightmove apply only to ZPG’s property division - not to its other activities including uSwitch and ‘back office’ agency supplier productivity.

However, a separate analysis by DelPrete of ZPG’s diversification also makes interesting reading. In 2014 the proportion of its revenue from agents in return for advertising on its portals was around 75 per cent; now it is under 30 per cent, because of its diversification into other areas.

In another section of the report - this one dedicated to the UK only, comparing Rightmove and ZPG - DelPrete says whereas Rightmove is “solely focussed on being the best marketplace to advertise property” Zoopla’s strategy is geared towards creating “a huge cross-sell opportunity.” Both are described as being highly successful.

As a result while Rightmove is growing revenue through high-margin portal advertising products, ZPG’s revenue growth is coming from ancillary streams with lower profit margins  - at least partly because the latter’s property listings have still not fully recovered from the defection of some agencies to OnTheMarket in 2015.

DelPrete calculates that ZPG has so far paid around £450m for its recent acquisitions (including Property Software Group, Expert Agent and Hometrack) and this year alone it should receive some £185m revenue from them: “Zoopla’s strategy - born of necessity - is paying dividends” he says.

In a separate email interview with Estate Agent Today, DelPrete says the chance of OnTheMarket or any other ‘third portal’ disrupting the UK landscape, given the strength of Rightmove and ZPG, is minuscule.

“There's a veritable graveyard of players that have attempted and failed. Most think that offering free or cheap listing services and getting most agent listings on the site will equal success, but it's actually all about traffic - you need to get buyers to the site. And that's like waging a marketing campaign against Google, Amazon or Facebook: it’s really hard and really expensive” he says.

You can see DelPrete’s analysis in full here.

In recent months DelPrete has written on the viability of OnTheMarket as a floated company, and on the objectivity of investment analyses by Jefferies, which has acted in the past for ZPG and Countrywide. 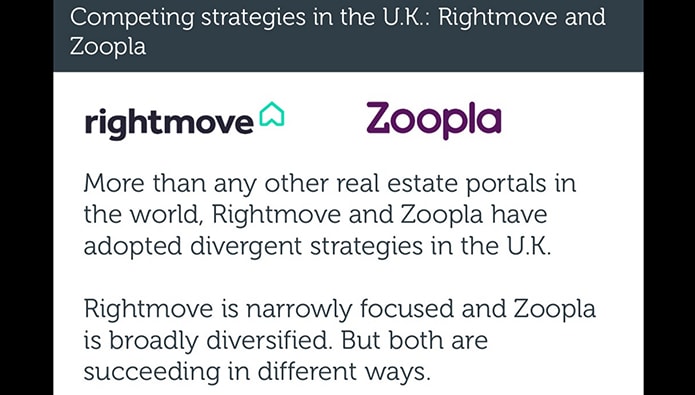 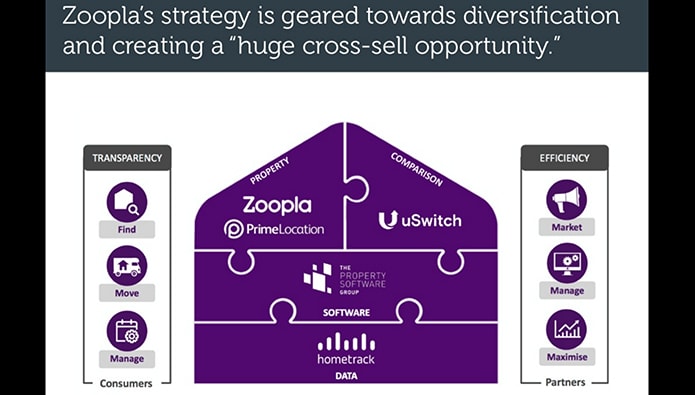 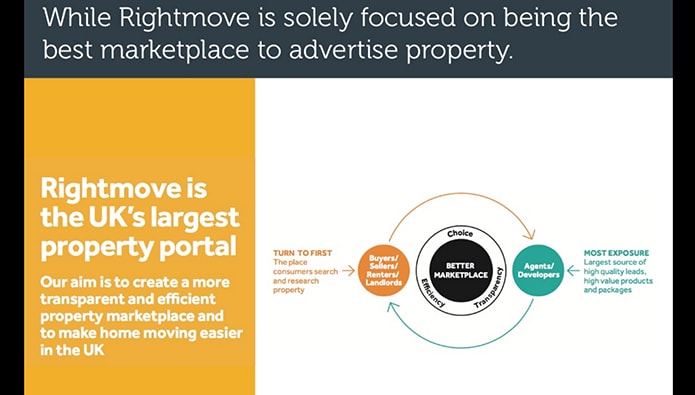 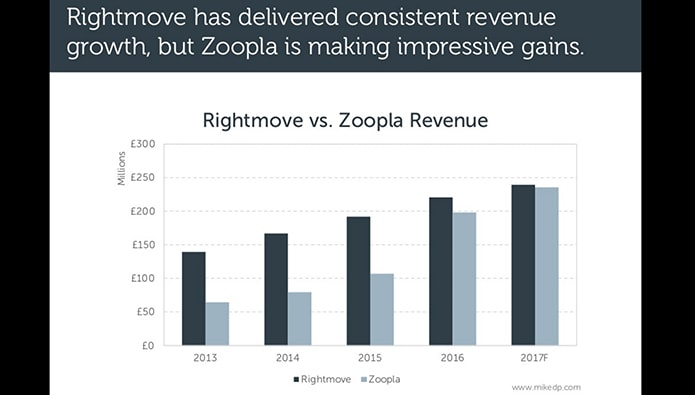 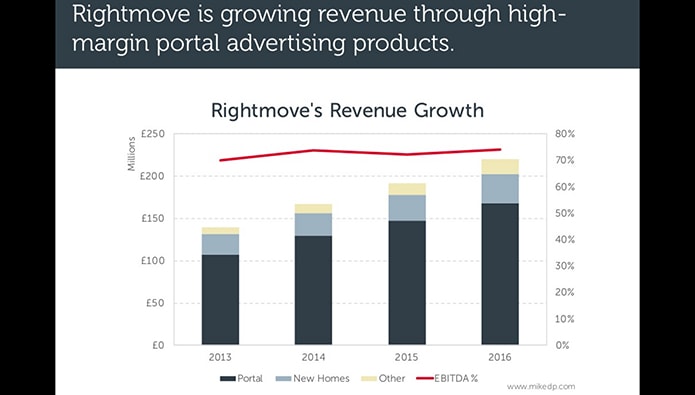