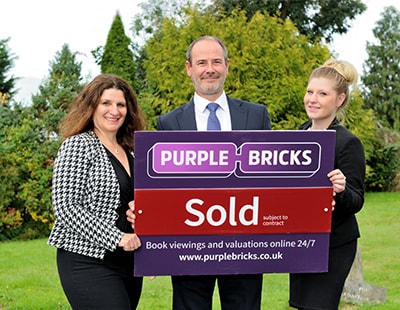 Purplebricks has launched something of a charm offensive to lift the lid on the experience and work of its Local Property Experts.

The initiative comes two days after Estate Agent Today revealed research by comparison GetAgent suggesting that the areas covered by Purplebricks' LPEs were much greater than those covered by traditional agents located in local offices.

A statement released by the agency yesterday claims its LPEs cover “dedicated, local postcode areas” and “tend to earn significantly more than they did when an estate agent on the high street.”

It adds that they typically have five years’ estate agency experience and many of them are former valuation managers, branch managers or area managers with high street agents.

The statement also includes substantial quotes from and an image of the Hunt family - Julian, 51, his wife Sarah, 53, and daughter Joanna - who together work as LPEs for the agency in south east Kent.

Sarah began working in the travel sector before meeting Julian at the property arm of an insurance company. They ran one agency with a partner and were franchise owners of a national chain in Ashford and Tenterden.

The couple then registered the website domain “Propertyonline” before joining Purplebricks.

“We sat down one night and discussed what was happening in the market. The following day I sent Julian’s CV to Purplebricks, 20 minutes later they were on the phone and one month later he launched his own business and was engaged as a Local Property Expert” she says.

Daughter Joanna, who had spent five years with a corporate agency, then joined her parents at Purplebricks.

The statement - which inevitably gets the word ‘commisery’ into a quote - claims being an LPE is “not about hitting targets” but about treating every sale “as a personal success.”