It’s been quite a week, much of it concerning the technology that increasingly underpins our industry.

A glut of fund-raising and relaunching for online agencies, and confirmation of the Agents’ Mutual float, demonstrate the point - and they’ve all been announced in just the past few days.

But away from that there’s also been a flurry of very human activity, with unsung heroes from our agencies and businesses raising money for good causes.

If you’re doing the same, let us know on press@estateagenttoday.co.uk - and we will be delighted to publicise your efforts. That’s what we’ve done for these good people below...

Wooden Spoon: Property professionals from all over the UK took over the streets of the Scottish capital and showed they were good sports in a 5k charity race organised by Aberdeen Standard Investments.

Many wore fancy dress costumes as they pounded the streets and pavements of Edinburgh in a 5k run which has raised around £10,000 for Wooden Spoon, the rugby charity which supports children.

More than 250 property sector professionals signed up for the race organised by Aberdeen Standard Investment’s property team. They came under starters orders from Scottish rugby legend Gavin Hastings, the charity’s honorary president in Scotland, and the race route enabled them to enjoy fantastic views of some of Edinburgh’s most iconic landmarks, including the castle, Holyrood Palace, Royal Mile and Scottish Parliament. 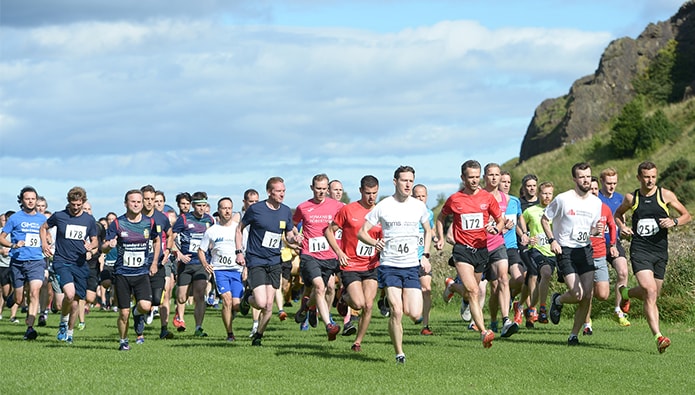 Aberdeen Standard Investments colleagues Laura Hughes and Elaine McCann organise the race in their home city, bringing staff from more than 40 different companies all over the UK together in friendly rivalry, and are delighted to report that in three years the event has raised more than £30,000 for the charity that funds life-changing projects to support disadvantaged and disabled children across the UK and Ireland.

Laura said: “It’s overwhelming to see property colleagues from all over the UK come along and support our annual race but once again, they turned out and really got into the spirit of the event. There was plenty of laughter and fun and the main thing is completing the race and raising a significant sum for Wooden Spoon.”

First female was Katherine Golding of Addleshaw Goddard LLP in 22:06. Fastest over 45 was Dan Walker of Savills in 20:08.

He started on September 3 and the epic cycle ride will take him from Lands’ End in Cornwall, up through the West Country and Wales, past Liverpool and Manchester, through the Lake District and then on into Scotland; where he will cycle past Edinburgh, Inverness and finishing at John O’Groats on September 14.

“The charities we help through the MHM Trust do such amazing work, supporting some of their country’s most vulnerable children and adults, all affected by issues of homelessness. Being able to take on these challenges is easy when compared to the difficulties faced by the children we support in India, and the service users in Manchester, Northampton and Leicester, who have often lost everything and are battling to rebuild their lives” he says. 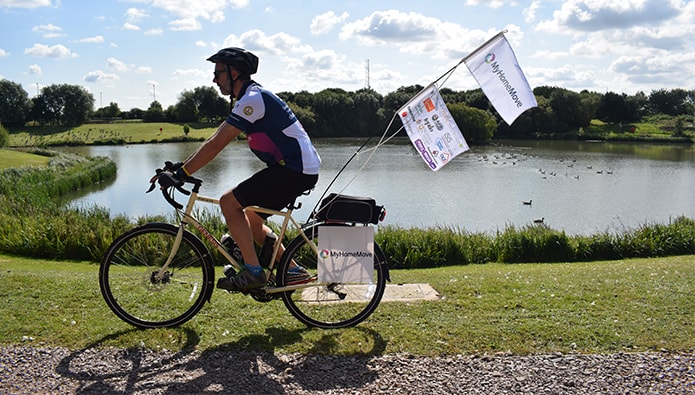 “I’d like to say a massive thank you to all who have sponsored me; including Isis Conveyancing Insurance Specialists, Purplebricks, Tepilo, People Value, Databarracks, Macleans Data, Talk Talk Business, Property Academy, easyProperty, LexisNexis and AFD Software. Due to their donations and sponsorship pledges we are on track to raise £10,000, over a third of our annual fundraising target.”

Through the MHM Charitable Trust, money is raised throughout the year by My Home Move employees to support homelessness charities in the communities in which it operates including The Homeless Shelter in Leicester, The Hope Centre in Northampton, Mustard Tree in Greater Manchester and Snehalaya Children’s Home in India. 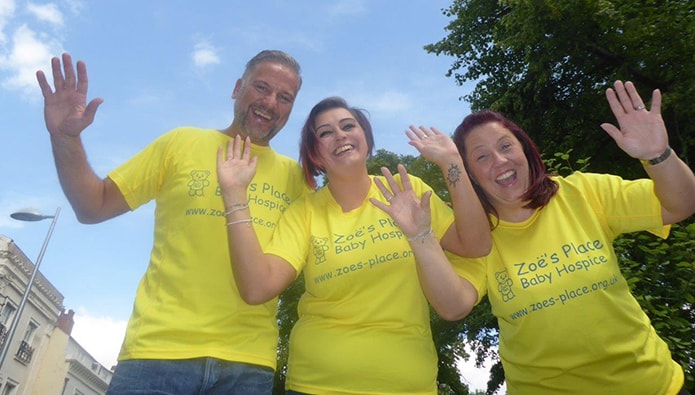 The group of talented footballers first played together as Under 7’s and now, 8 years on, they are ready for the their second season in Division 2 of the Garforth League. 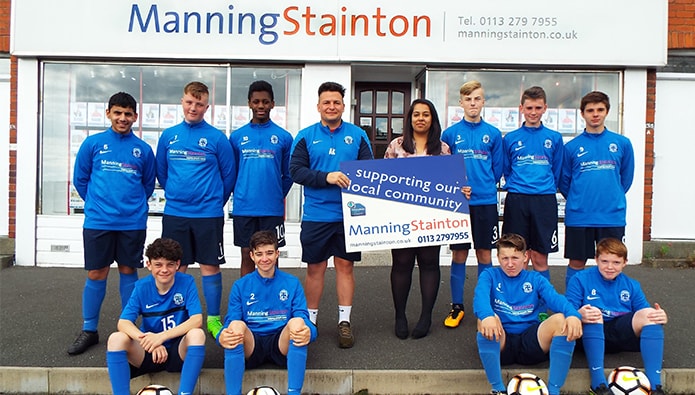 Manning Stainton has donated in excess of £50,000 to over 50 clubs, schools and other worthwhile organisations in the last 12 months through its Community Support Programme. Other local beneficiaries have included Lower Wortley Primary School, West Leeds Juniors FC and Farnley FC.

Agents Do Charity - the phew-what-a-scorcher edition... ...

It’s hot outside but that’s no deterrent to agents helping others,...