It’s hot outside but that’s no deterrent to agents helping others, even at the height of summer.

Before we honour this week’s heroes, a reminder that Estate Agent Today would love to publicise your hard work for charity. Just email press@estateagenttoday.co.uk and we'll do the rest. Thank you! 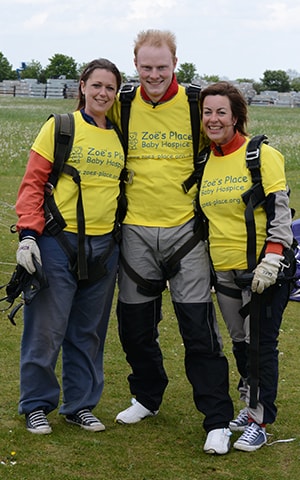 Sally Smith says: “It was the most terrifying thing I’ve ever done, however having worked closely with Zoë’s Place over the past year both as a member of the Business Group and through Loveitts, we have seen first hand the hard work that goes on inside the hospice every day and the difference it makes to the children and their families.

“The skydive was in aid of an excellent cause and we were delighted with how much was raised.”

The Sky Dive is one of a number of events being undertaken by Loveitts over the coming year as part of its ongoing support of Zoe’s and the firm is hoping to beat last year’s target of £10,000.

Four more staff members will be taking part in a second sky dive in September including Sara Herbert, Jodie Bond, Merrie Dalton and Dean Davies. The firm’s recent annual golf day held at the Warwickshire Golf and Country Club raised in excess of £4,000.

Actors from the newly formed community arts company Codswallop also brought their own brand of mayhem to the event, challenging innocent bystanders to duels. Characters depicting St Oswald and Aidan were also on hand to explain more about their colourful past and encourage youngsters to create their own cardboard armour in the Creation Station. 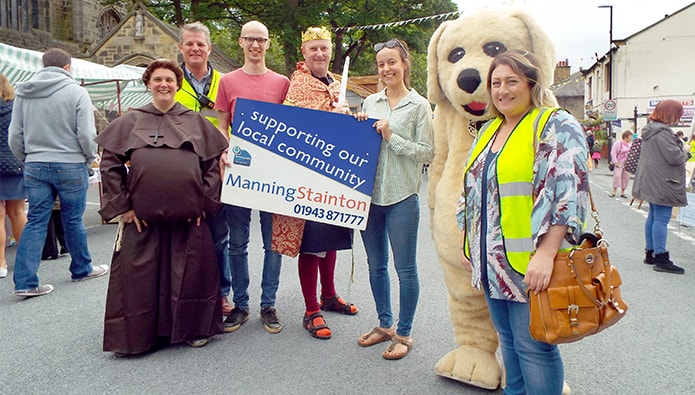 All the money raised at the well-attended event is going to the Guiseley Christmas Lights Appeal, an initiative launched for the first time in 2016 by local MP Stuart Andrew.

Manning Stainton supported the St Oswald’s Street Party through its on-going Community Support Programme which helps groups and other worthwhile organisations in the communities in which it operates.

Backing the charity, which also helps to educate youths on how to maintain a tenancy, extends the Property Redress Scheme’s efforts to raising standards in the rental sector.

Sean Hooker, Head of Redress for the PRS, and Alexandra McKeown, from Trading Standards Camden Council, visited New Horizon to learn more about the crucial work carried out by the centre and how they can help going forward. They met with their project development manager Stella Howe and corporate partnerships manager Estrella Amigo-Valcarce.

A patron of the charity, Jon Snow, has worked at New Horizon since the early 1970's – alongside his career as a journalist and broadcaster.