Takeover frenzy as Hunters enters into talks with rival

The Property Franchise Group is making a takeover bid for Hunters, it has been revealed. Both...

Sellers can start conveyancing as soon as they list - claim

It’s been an undeniably tough year for agents so far and no one can say the industry doesn’t deserve a summer break.

Yet it is testimony to the good heart that agency has that there’s still time for some agents to do great work for charity, and we’re here every week to mark that.

If your firm or colleagues are doing charity work over the summer, do please let us know at press@estateagenttoday.co.uk and we’ll do the rest.

Around 1,500 guests arrived to enjoy a wonderful and exciting round of semi-finals before the final battle for the Fine & Country Gold Cup. This year’s victors were Quicksilver who fought against Kylin Polo in another nail-biting game. It was a tremendous display of both horsemanship and sportsmanship. The match consisted of four chukkas and six goals. 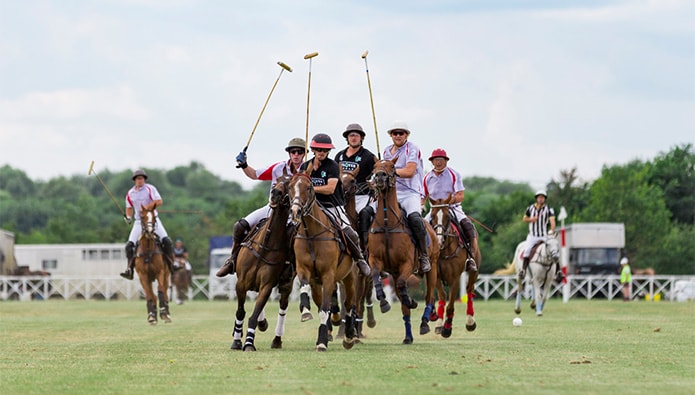 Entrance was free for all guests and a minimum donation of £10 was asked for at the car park. From these small gestures, no less than £5,000 was raised for the Fine & Country Foundation.

The Fine & Country Foundation was established in 2014 to fight the causes of homelessness on local, national and international levels. The contributions from the Fine & Country Gold Cup will be used to provide grants for eligible homeless charities, poverty prevention schemes and housing associations.

On Wednesday August 23, Mike and his colleague, property valuer Louise Martin, will take to the skies above Wimblington with the team from the North London Skydiving Centre to perform a tandem parachute jump.

Mike said: “The last thing I ever thought I would do as someone who is terrified of heights is jump out of a perfectly good aeroplane from 10,000 feet for a free-fall parachute jump”. “I find it difficult to go to the edge of any high building and even have a problem with multi-storey car parks and high bridges. For our wedding anniversary last year my wife booked a meal at the Shard in London and because I knew she really wanted to go, I agreed. I hated every moment and it didn’t help that she pointed out all the landmarks she could see.”

The idea for the jump came during a marketing meeting to discuss future activities to raise funds for Ellis Winters & Co’s chosen corporate charity, Cancer Research UK. (From the Fenland Citizen).

Millsopps, based in King Street, has raised £700 for the Excellence in Elderly Care (ExCel) Appeal to support vulnerable and frail patients at the hospital.

The team donated the money from the discounted selling fees offered to NHS staff for the appeal. Millsopps director Dale Newson presented the cheque to sister Phulmattie Mohan, who manages the hospital’s frailty ward, Windsor. (From the Lynn News).

Primary School Fayre: The Adel branch of Manning Stainton was fully on board with the annual summer fundraising fayre at Adel St John the Baptist Primary School.

Headteacher Jane Hainsworth says: “The Parent Teacher Association does a wonderful job giving up time and energy to support our school. This year it has continued to enhance our outdoor area by purchasing raised allotment beds in order for the children to be able to grow their own vegetables and herbs. I would also like to thank our friends at Manning Stainton for their on-going support which is very much appreciated.” 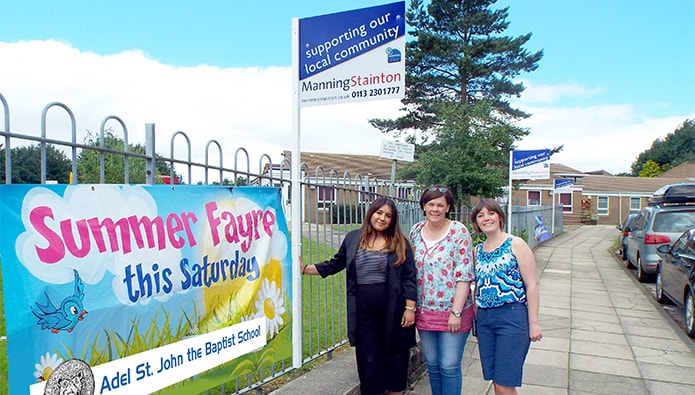 Manning Stainton supported the school through its Community Support Programme which has donated in excess of £50,000 to over 50 clubs, schools and other worthwhile organisations in the last 12 months.