Charity comes in all shapes and sizes and we start this Christmas edition of Agents Do Charity with a very unusual story.

The team at Andrews in Clifton, Bristol, recently gave the greatest gift of all when they were on hand to save the life of a passer-by who collapsed and suffered a heart attack outside their branch.

“When the gentleman in question collapsed right outside our branch, the team instantly jumped in to action, bringing him in, calling the ambulance and keeping him talking until the paramedics arrived. 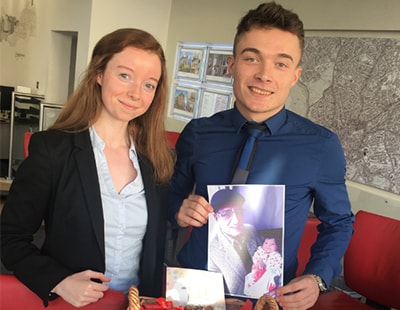 “Ultimately, it appears that their quick actions helped to save his life, so we were all delighted when he popped in earlier this week to give the team a hamper in recognition of his thanks” explains branch manager Abbie Dickinson.

The picture shows two of the team - Laura Kennelly and Aaron Messenger - with the hamper presented to them by the grateful passer-by whose life they helped to save.

Meanwhile, more conventional charitable work has been going on - with a vengeance - by agents in the build up to Christmas. Thanks so much for all of those below who have made contact with us on press@estateagenttoday.co.uk - and a Merry Christmas to you all!

They used their 11 branch network as drop off points for gifts, non-perishable food and monetary donations and held a variety of fundraising activities such as bake sales, games and competitions. 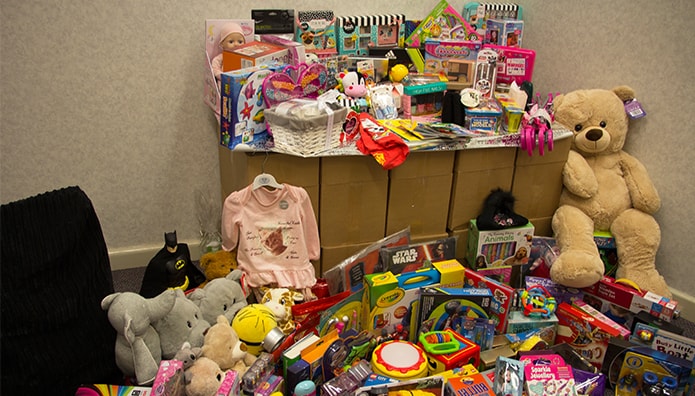 Edward Mellor managed to raise over 200 gifts and £636 which was kindly donated by customers, businesses, employees and other members of the local community.

Peter Barlow, managing director of Edward Mellor estate agents says: “The kindness and generosity from everyone has been truly amazing. This is what Christmas is all about, bringing magical moments to children of all ages.  Wood Street Mission is a fantastic charity that makes a real difference here in Manchester to the lives of so many children, so we’re honoured to have been able to help in any way that we can.”

Over 500 presents worth around £5,810 were donated as part of the Great Ormond Street Hospital toy appeal, given to sick children who will not be home for Christmas time. Gifts included a guitar that will help with music therapy at the hospital, five tablets, and a Wii console. The highest number of donations were collected from Royal Arsenal in Woolwich.

The donated gifts that include toys, games and books have been safely delivered to Great Ormond Street ready for the big day.

Great Ormond Street Hospital Children's Charity raises money to enable the hospital to provide world-class care and to pioneer new treatments and cures for childhood illnesses. With more than 268,000 patient visits every year, the charity relies on fundraising and additional support to help give hope to young patients and their families.

Alexander Devine: Over the past five years, Romans has supported Alexander Devine, a Maidenhead children’s hospice, raising over £100,000 through their fundraising efforts.

This year, Romans’ directors challenged the three teams in their Training Academy to see who can raise the most money for Alexander Devine. 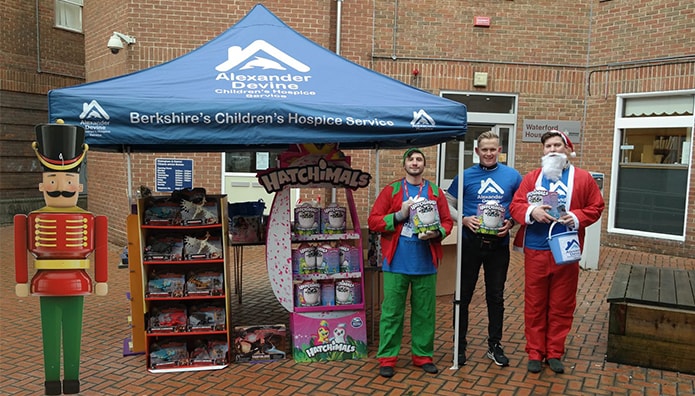 A grand total of £5,381 was raised across the three branches, the winners of the event were the Persians who were selling toys from the Maidenhead branch raising £2,500.

Fiona Devine thanks the staff from Romans, “A huge thank you from all of us at Alexander Devine to Romans, you have been with us since the inception of our journey and we are phenomenally grateful for the donation we have received from Toy Wars. You have been an integral part in our journey and without you we wouldn’t be in our purpose built hospice today!”

Dogs Trust: The Jolly Tots café in Uddingston, Glasgow has a full Christmas Day event every year and this year Manor Estate Agency is providing treats for the adults that go along.

The runners, which included young children, competitive runners, families and a few four-legged friends all donned their Christmas hats and elf costumes.

Each participant was rewarded with a mince pie and a warm glass of mulled wine or soft drink, which was kindly donated and held at Bridge Street Lounge & Grill, Writtle.

The dash raised £500, which is thanks to the community festive spirit says Paul Beresford, CEO, Beresfords. "There was a wonderful Christmas feel at our Dash for Cash; the dash was a lovely family fun event and it was great to see so many people getting together and sharing the festive spirit of charity."

The funds will enable the Lord's Taverners to purchase two table cricket sets for children with disabilities.

Yorkshire charities: Staff from Linley & Simpson estate agency have proved they have the X-mas Factor by unwrapping the biggest round of festive support for charities and good causes in its 20 year history.

Linley & Simpson employs more than 150 staff across its 11 branches in North and West Yorkshire and central support teams. 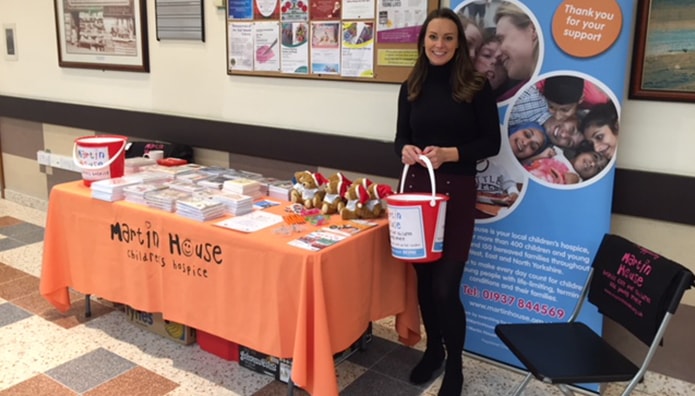 And whether it is serving up their cooking skills as part of a charity bake-off in aid of Martin House Children’s Hospice at Boston Spa, or turning their Leeds city centre office into a foodbank to help the homeless, they have all risen to the Christmas challenge.

This year, their support stretches from Boston Spa to Barbuda with a raft of initiatives including linking up with a host of football teams to help the children of Barbuda who were displaced to Antigua by Hurricane Irma; a food bank collection to support people and families struggling with financial difficulties in Leeds; and staffing Christmas card stalls across Yorkshire; plus of course taking part in Christmas Jumper Day.

Saltash Foodbank: Hennings Moir agency and Saltash Foodbank launched their Reverse Advent Calendar campaign a few weeks ago and already have a number of hampers complete and ready to be delivered to people and families in need this weekend.

The idea behind a Reverse Advent Calendar is that instead of taking something from a calendar every day throughout December, you put something into a box. Since the launch of the campaign, Hennings Moir has received a steady flow of donations of food items for the boxes, as well as money and even complete hampers, all of which will contain basic items as well as a few luxuries. 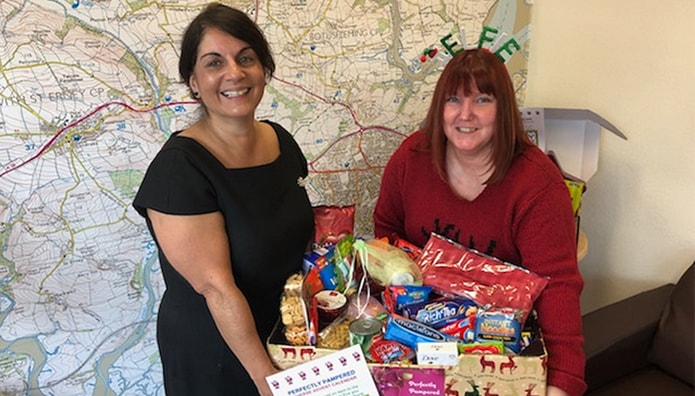 Karen Chapple, manager at Hennings Moir, and her husband are Trustees for Saltash Foodbank. Karen says: “We do as much as we possibly can throughout the year to bring awareness to those who haven’t heard about foodbanks or who are in need. I’m really very lucky as Steve Moir and Hennings Moir always show support in everything I do.”

So here it is ... send us your Christmas office photos and videos ...

Black Friday’s over, November is nearly down and out - now...

Agents Do Charity - don't they know it's time to prepare for Christmas? ...

We’re always happy to publicise the fund-raising work of agents and...

Agents Do Charity - as the countdown to Christmas commences ...