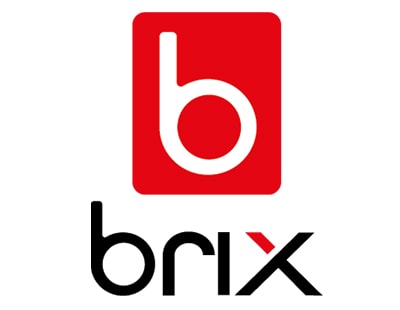 A new firm has launched in Surrey describing itself as “the premium hybrid estate agency” with an innovative presence on the high street in the form of a sophisticated interactive touch-screen.

Brix is run by Russell and Justine James; the company has no high street office but instead has a sophisticated interactive touch-screen mounted in a steel frame bolted to a wall in a prominent part of Cobham enjoying high footfall.

The screen defaults to a carousel display of properties on sale, plus information about Cobham; there will be additional films and virtual reality added to it in the near future.

Users standing at the screen can then navigate through its content in a similar way to users of a traditional online website. They can look at individual properties, interrogating the service for additional photographs and details.

In an interview with Estate Agent Today, Russell James - who has 16 years of experience working in agency, residential development, chartered surveying and allied fields - explained how the idea came about.

“We wanted to set up an agency with traditional full service for the client, and with a high street presence, but without the high overhead of an office. A lot of brain-storming led to the idea of a bespoke screen” he said.

The screen supplier, intouchdisplay, offers many similar screens to the agency industry but these are typically behind a single thin glass surface and are less exposed to the weather than the customised version designed for Brix. Mounting the device on the wall required planning consent and a deal with the owner of the firm on whose premises it is mounted.

“Using the screen instead of an office meant we could set up the agency for under £35,000 which is an achievement in a high value area such as Cobham” says Russell James.

Most of the rest of the offer from Brix adheres to more conventional full-service agency.

The firm charges a commission rate of 0.65 per cent plus VAT as an introductory offer; this will shortly move to the default fee of 0.85 per cent plus VAT. “We’ve charged a percentage, paid when we sell, rather than a flat fee upfront because we believe we’re offering a full service so charge accordingly” James adds.

It is building its brand through advertisements in local magazines and extensive use of social media to promote itself; to ensure it can offer traditional appraisals, photography and sales progression, it is taking properties only within a short radius of Cobham.

Unusually for a hybrid operation, Brix is regulated by the RICS; Russell James runs the agency with his partner Justine, who has had 20 years working in communications, including with property companies.

Agents are being offered a new way to capture details of...

PropTech Today: In the age of technology, customer service is timeless ...

We think about technology all the time. At least, I do....