Schools going back, final Bank Holiday over until Christmas, and agents returning from their summer breaks. It can only mean September.

But while the temperatures may be cooling a little, it’s still hot when it comes to agents doing a little extra for those in need.

Our latest heroes are name-checked below - don’t forget to join them if you’re raising funds, by emailed us at press@estateagenttoday.co.uk.

Agents Giving: The industry’s own charity is celebrating another year of fantastic efforts with its Fundraising Champion Awards 2016. The awards will take place at the Agents Giving Ball on Friday September 30 at the Lancaster Hotel in London.

The 2016 awards will be presented by Agents Giving’s Patron, Phil Spencer, and will recognise some very special fundraising stories, personal challenges, and all the great charity and community work carried out by the industry over the last year.

It is with great anticipation and excitement that Agents Giving announces the shortlist for the Agents Giving Fundraising Champions Awards of 2016:

- David Mackie of the NAEA

- Zoe Ryder of Parsons and Company

The 2016 Agents Giving Ball will not only host these fantastic awards, it is also a chance to see your fellow industry members participating in the Strictly Agents Dancing Competition.

Mumbles: Dawsons Estate Agents has continued its long-standing sponsorship of the Cracker 7s in the Mumbles. There was a £300 prize on offer for the winners.

Partner James Dawson says: “It’s been a pleasure to be associated with the Cracker 7s both as a sponsor and someone who played in the event in my younger years. It has been firmly established as one of the village’s main social events in the calendar along with such things as the Mumbles Raft Race.”

The Great Glen Challenge is just one of many such events the firm has taken part in over recent months, with several teams having competed in the Lanrick Challenge, which saw them take home the winner's trophy, and six colleagues having also conquered one of Scotland's most gruelling endurance events, The Caledonian Challenge back in June.

So far this year the firm's efforts have raised well over £4,000 for a number of important charities such as the RSABI, Foundation Scotland, Scotland's Charity Air Ambulance (SCAA) and The Sandpiper Trust.

The Great Glen Challenge was set up five years ago to raise much need funds for the Scottish rural charity RSABI. The charity provides financial assistance, support and advice to those people who have worked in Scotland in land-based occupations and who are suffering hardship. Every year RSABI helps hundreds of people with backgrounds in farming, crofting, forestry, horticulture, fish-farming, gamekeeping and rural estate work who, due to illness, disability, poverty or crisis, find that they are unable to cope. 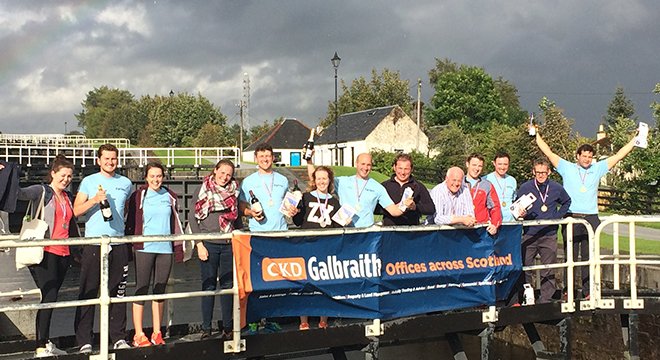 Leeds Foster Care Association:  Manning Stainton is fostering strong links with groups and organisations across West and North Yorkshire through its Community Support Programme. The latest to benefit is the Leeds Foster Care Association (LFCA) who received a donation of £300 from the Garforth and Crossgates branches of the area’s leading estate agent towards the cost of its annual summer fair. 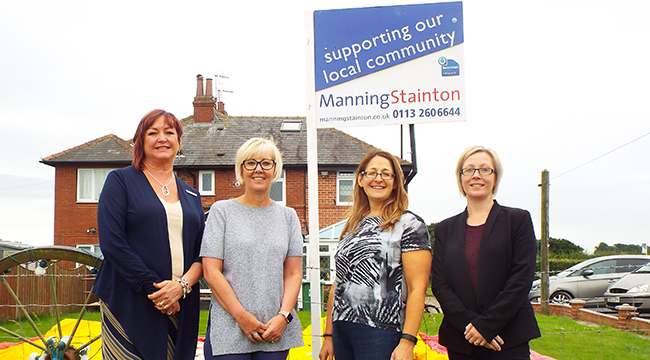 A major estate agency is demanding urgent clarification on a three...