Well, the Euros have turned into a nail-biter for the home teams - but that appears not to be deterring you wonderful agents from doing your bit for charity.

Undeterred by recent performances on the field, the country’s agents have been out in force and have told us all about it - so we can honour their fine work.

Just let us know on press@estateagenttoday.co.uk and we’ll publicise what you are doing - and we feel honoured to be able to do so.

Here are this week’s grafters...

The charity is close to the heart of Proctors’ West Wickham branch negotiator, Rodney Jackson. Back in December 2015 his 22 month old daughter Florence, was diagnosed with a rare abdominal neuroblastoma cancer, known to affect fewer than 100 children in the UK each year. The Jackson family are positive about the future for Florence as she receives treatment.

“We wanted to do something special for Rodney and his family and to help others affected by cancer,” said Charles Proctor, Partner at Proctors West Wickham office. “As it is a special year for us we wanted to use our 70th Anniversary to benefit a fantastic cause. Anyone selling their property with us will be playing a big part in helping raise as much money as possible for the charity.”

To support the charity visit https://www.justgiving.com/fundraising/proctors70

TDS Charitable Foundation: The Trustees have extended the deadline for the current round of funding and are now welcoming funding applications until August 10.

The foundation works to advance education about housing rights and obligations in the private rented sector and because of this extended deadline, available funding for bids has been increased to £70,000. The Foundation is looking to support bids which promote knowledge of landlord’s obligations or tenant’s rights and responsibilities, but also to look at the feasibility of establishing a dedicated research centre for the private rented sector in England and Wales.

Morley AFC: A newly formed amateur football team will kick off next season in a brand new kit, thanks to the support of Manning Stainton.

Joeanne Higgins, a sales negotiator at the Morley branch of Manning Stainton, says the company was more than happy to help Morley AFC as they prepare for life in Division 6 of the Yorkshire Amateur League.

Morley AFC is one of many teams, schools and other worthwhile organisations that Manning Stainton actively supports through its corporate social responsibility programme which in 2015 made donations totalling over £65,000. 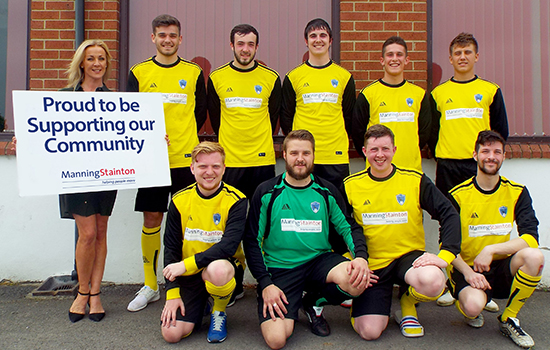 Foundation Scotland: Six professionals from CKD Galbraith, have completed one of Scotland’s most gruelling and challenging endurance events, the Caledonian Challenge.

The annual event, which saw the CKD Galbraith team hike 54 miles in under 24 hours, raised funds for Foundation Scotland, an independent charity established to strengthen local communities by providing a source of funding to community-led projects.

The Caledonian Challenge saw the team, along with many other competitors, hike the majority of the northern section of the West Highland Way whilst taking in some of the UK’s most iconic scenery. 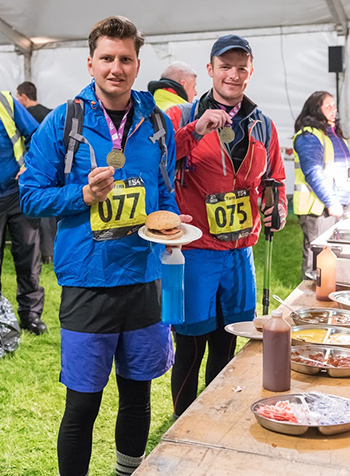 Bradford Hospitals’ Children’s Charity: A Yorkshire estate agent is hoping to prove he’s the ‘wheel deal’ by cycling to France in a bid to raise money for children facing long spells in hospital.

Mark Christopher, sales director of Linley & Simpson, is peddling all 300 miles from London to Paris in just four days in aid of the Bradford Hospitals’ Children’s Charity.

Having taken up cycling only recently, the ride – which starts next Wednesday - is the biggest physical challenge that 54-year-old Mark has ever set himself. “Now I have got into the swing of cycling, I thought I would go all out while helping a worthy cause at the same time. As well as the physical challenge, I have also set a financial challenge too – I am aiming to raise £2,000 for this great cause” he says.

To find out more about ride and to help spur him on by sponsoring him, you can visit www.justgiving.com/mark-christopher2 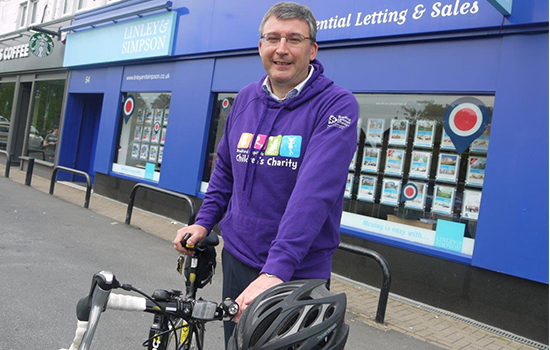