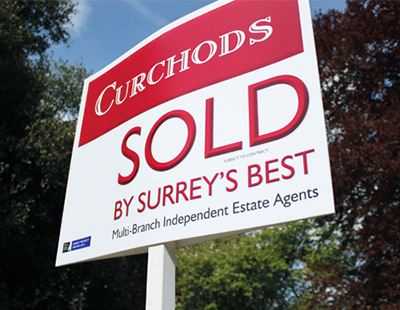 Curchods, the privately-owned, 21-branch Surrey agency which also trades as Burns and Webber has appointed a new group managing director.

Michael Ansell takes up his position on May 3 with over 30 years estate agency experience - 29 of which were spent at Countywide. Ansell was Countrywide’s youngest subsidiary managing director ever appointed and most recently worked as Countrywide’s London South divisional director.

Curchods was established at Weybridge in 1938 and describes itself now as the premier privately-owned Surrey agency specialising in sales, lettings, land and new homes, and financial services.

Ansell says has long-admired the group for “its professionalism, selective expansion and significant success.”

A joint statement from John Slatter and Andrew Dewar, who bought Curchods in the late 1980s, says “Michael was introduced by a mutual acquaintance and we feel extremely lucky to have secured his services. We decided it was time to bring-in someone of Michael's age and experience for the future operation and growth of the company.”

There has been a spate of announcements in recent months concerning former Countrywide personnel taking up roles in other organisations.

Meanwhile LSL Property Services has confirmed that executive director Adrian Gill is resigning “to pursue another opportunity”. He will serve his nine month notice period and the group says “it will be business as usual for LSL going forward”.

Gill joined LSL as an independent non-executive director in September 2012 before, in November 2014, becoming the executive director - estate agency, with responsibility for the performance of LSL’s agency brands including Reeds Rains, Marsh & Parsons, LSLi and Your Move

Humberts could extend online option to sales, after evaluation ...