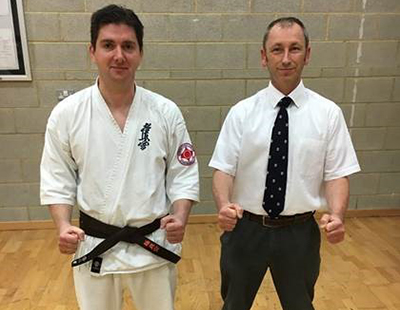 Some agents put success down to training; others say it’s done by putting in the hours; many insist one-to-one contact with customers is key. But for Rob Bryer there’s a secret ingredient - karate.

Bryer, who runs The Good Estate Agent - which we reported back in June is now selling franchises from £5,000 each - has just become one of 26 students in his area to go through a six hour marathon endurance and skills process to achieve, in his case, a brown belt.

This karate level - one away from the legendary black belt - is described by karate experts as showing the individual has strong mental control and body balance while undertaking diverse moves.

Quite whether this will be enough to fend off attacks on his hybrid model from sceptical traditional estate agents remains to be seen, but Bryer is confident that martial arts has helped his business.

“This has shown me the way. There were a number of times I felt like giving up. I couldn’t see how I could learn the new skills however I did not give up, I carried on training hard and regularly until one day it just clicked” he says.

“I have applied the same principles to my business and seen it grow from strength to strength: respect, honour and perseverance.”

Want an online agency franchise? Then make me an offer, says boss ...