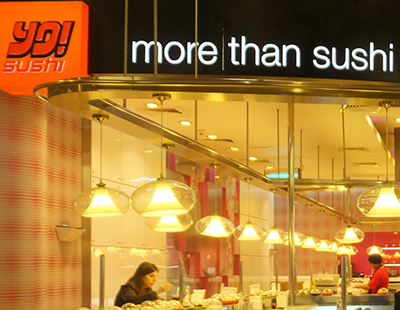 A 24-unit block of apartments designed by the company behind the Yo! Sushi chain has been given consent to be constructed in Manchester - and is set to create a new style of home relying heavily on modular construction and mechanical engineering.

There are suggestions that the government’s White Paper to address the housing shortage, announced this week and expected to appear next month, may support similar factory-based construction techniques.

The Yo! block is to be in New Islington, a once down-at-heel inner city area, and each apartment will be 41 square metres in size; the block will be built in 2017.

The 24 apartments will be stacked on top of each other in a four-across six-high block, using ‘fold-down, slide-out, drop-down’ engineering.

"Moving parts draw on technology taken from yacht and automotive design, and the mechanics of stage production, allowing the transformation of a 41 square metre space into what feels like a much bigger home" claims Yo! founder Simon Woodruffe.

Heavy reliance on technology such as counter-weighting and safety sensors in moving furniture - unfamiliar to the traditional building industry - means Yo! will have a dedicated block management team on call, as well as a warrantee for each unit.

The Yo! block will be close to Urban Splash’s New Islington hoUSe complex of modular-built terraced houses - 43 units in phase one already sold out with registration now open for buyers of phase two.

Urban Splash already has consent for hoUSes to be built at Salford, while fanother developer, Capital & Centric, has a new modular building arm called Nowhaus - designed by Shedkm, the same architectural firm involved with hoUSe - and has filed an application to convert a Grade II mill complex near Manchester’s Piccadilly station into a £50m cluster of 201 one- to three-bed units called Crusader Works.

First details of the long-awaited Housing White Paper have emerged in...

It was only a couple of weeks ago that I was...