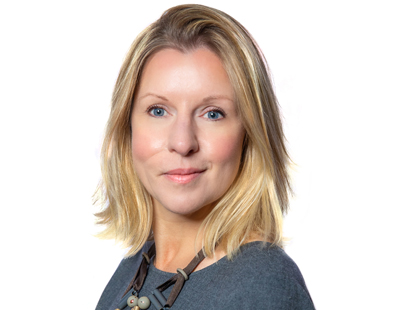 Who are you and what does it say on your business card?

You’ve never worked in Agency so what do you know about Sales?

Fair point, but I’ve worked in sales for 20 years and I think that some of the challenges Agents face are common to all salespeople.

What was your first Sales job?

What did you learn from that job?

Cold calling is not that scary.  The worst thing that can happen is they say ‘no’ and even then, you might have a good chat with someone.  It also helped me understand the importance of good training. I was only on a temporary contract, but the training was brilliant, covering everything from the technical specification for each phone through to overcoming objections. It was the last formal sales training I’ve had. It was 1994!

You’ve sold lots of other products and you’ve managed sales teams. What are the common challenges?

Too much focus on what’s in the pipeline and insufficient focus on closing deals. Too many salespeople load their pipelines with deals that are never going to complete, forgetting that the deal has to complete before any income is generated.

Directly linked to this, is failing to properly qualify leads.  Salespeople are often afraid to ask the difficult questions because they might have to remove something from their pipeline.  It’s better to focus on four deals that are going to complete rather than trying to progress ten that won’t go anywhere.

The simplest things to overcome, which is made easier by systems like mio, is poor organisation and bad communication.  Trust is so important but all too often salespeople don’t deliver on their promises whether that’s turning up for a viewing, on time, or failing to meet a client’s deadline. If you say you’re going to do something, tomorrow, do it and if you can’t, ring the client and explain why.

Relying on price, as your only differentiator is dangerous.  There will always be someone cheaper and once you’ve priced low, it’s very difficult to change approach.  Think about what the customer really wants – a quick, simple hassle-free move; then evidence that you deliver that.

Finally, you have to understand your market.  Armed with that knowledge, you can work out where to focus your sales efforts and build better relationships with buyers and sellers. It’s one of the best weapons in a salesperson’s armoury and it’s massively undervalued.

What advice would you give your younger self?

Understand your market and play to your strengths. Being good at sales doesn’t just require one skill. I’ve never met anyone who is brilliant at all aspects of sales but, if you understand your strengths, you can use them to your advantage. In later life, I’ve learnt the value of having the right tools at my disposal.  That’s just one of the reasons why I believe that mio is a great product.

What are the four key characteristics that every salesperson should have?