Written by rosalind renshaw
< Back

Online agent eMoov is claiming record growth this year, saying that it is fuelled by the public’s disenchantment with high street agents.

The firm says it has had growth of 63% in the last three months, with 300 homes listed during May.

eMoov’s founder Russell Quirk was himself a high street agent with Essex-based firm Quirk Deakin until starting low-cost eMoov in 2010.

Quirk said yesterday that eMoov is “on course to save UK home owners over £3m in estate agent commission fees in 2013” and that it has already saved customers over £6m in the three years since launch.

eMoov charges a fixed fee of £395 plus VAT, with the price including listing on Rightmove and Zoopla.

However, he says that many sellers are not aware of the alternative to high street estate agents.

Research commissioned by eMoov and conducted by Ipsos Mori has shown that over half (53%) of Britons are not aware that an alternative to traditional high street estate agents exists. However, once made aware, most said they would use an online agent to save fees.

Quirk said: “Online estate agencies are in nascent stage, and we are seeing fantastic growth and interest from consumers who realise the money-saving potential of using an alternative to traditional estate agents.

“We’re breaking our listing records month on month, and I firmly believe that as more consumers become aware of the potential money-saving benefits, online estate agents will become the norm for people looking to sell their property.

“However, the fact that high street estate agents are still able to get away with charging extortionate commission fees, when almost all property searches now start online, is beyond me and illustrates that more needs to be done to raise awareness and to bring the entire industry into the 21st century.

“The commission structure estate agents use hasn’t changed in decades and has resulted in huge hikes in income for estate agents as house prices have risen, despite recession and boom and bust in the property market, so it’s about time something came along to upset the accepted status quo.” 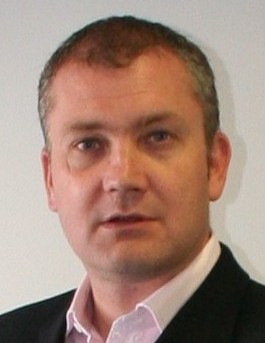