2013 was something of a renaissance year for the housing and mortgage markets and wider UK economy. Both experienced something of a bounce, with gross mortgage lending really picking up in the second half of the year, having been virtually identical to the first six months of 2012 in the period January to June 2013.

The final numbers are not yet in from the Council of Mortgage Lenders (and Bank of England) but expectations are that gross mortgage lending will be around the £170bn level, representing approximately a 17% increase on 2012.

Many column inches have been written about a housing market bubble but the mortgage market is still only less than half the level of the peak achieved in 2007.

Housing transaction numbers are increasing and the Help to Buy schemes have really made a difference in providing mortgage lenders with an appetite to lend once again in sectors that they had, quite understandably, shied away from since the onset of the credit crisis.

We fully expect the market in 2014 to continue to expand, with forecasters suggesting that a £200bn gross market is realistic. Consumers are more confident. Borrowing costs remain at all-time low levels.

With inflation moving back towards the BoE target of 2% it is conceivable that, in the next twelve months, wages will start to increase over the underlying level of consumer price inflation. This will result in a small, but real, increase in disposable incomes which should further stimulate consumer confidence and consumers that are confident are far more likely to consider buying and moving home.

The UK economy has recently been hailed as the fastest growing economy in the Western world, with 3% growth being forecast for this year and next. This turnaround from the tepid see-sawing that the economy experienced through much of 2011, 2012 and early last year signals a real change in fortunes and this is reflected in the significant level of job creation that the economy is generating.

During 2013 the Bank of England Governor Mark Carney announced his forward guidance policy on interest rates with the statement that they were unlikely to be raised until the unemployment level had fallen to 7%, and that that would not trigger an automatic rise.

At the time of the guidance, the BoE forecast was that the 7% unemployment rate was unlikely to be reached until the latter part of 2015. Many economists felt this assessment was far too cautious and were suggesting that both a base rate increase would be required and a fall in the unemployment level would be reached far ahead of this timeline.

We understand that the BoE are now considering adjusting their measure on forward guidance due to the rapid rate of job creation with the unemployment measure being adjusted to 6.5% as the primary component in considering any increase in the base rate of interest.

This also augers well for consumers but financial markets are still of the opinion that a rate rise may occur in 2014, particularly if inflation rises steeply once again, which it may do due to utility cost increases that have not yet taken effect and still to be factored into the inflation index.

Another very important date is fast approaching for the UK mortgage industry and that is the introduction of the Mortgage Market Review (MMR). This is scheduled to come into operation in April and, in essence, will require almost every mortgage transaction to be conducted on the basis of providing the borrower with advice and a recommendation - something that not all lenders currently undertake, but almost all mortgage brokers do already conduct their business on this basis.

The other key fact is that responsibility will be placed on the mortgage lenders who will have to be able to demonstrate to the regulator that they have thoroughly assessed the client’s ability to afford the mortgage, both now and in the future, to take account of any increase in mortgage rates.

This significant change may reduce activity in the housing and mortgage markets at around the time of its implementation and for a period afterwards, while lenders adjust to slightly different basis of working.

Brian Murphy is Head of Lending at Mortgage Advice Bureau 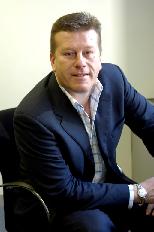