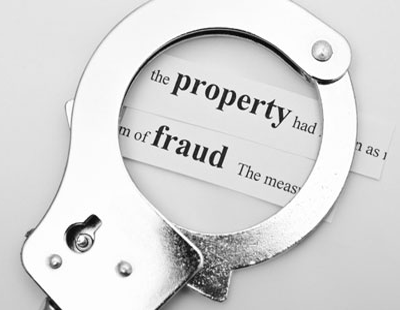 With property fraud on the rise and an ever-increasing number of transactions taking place in the lettings sector, having strict anti-money laundering (AML) processes and protections in place has become more important than ever as the private rented sector continues to grow in size.

In this Q&A, the EAT & LAT team speak to Jerry Walters - managing director of FCS Compliance and a man who has over 30 years in financial fraud and crime enforcement including a quarter of a century of work for the City of London and Thames Valley Police - about why letting agents need to act fast to become AML-compliant and the potential consequences for those who don’t play by the rules.

In a few weeks’ time (June 10), lettings agents must register with HMRC to be fully anti-money laundering compliant - can you tell us more about this?

JW: Under the terms of the EU’s Fifth Money Laundering Directive which came into force in January 2020, there is now a legal obligation for every letting agency business that lets property valued at 10,000 euros per month or its equivalent currency – currently £8,600 a month - to register with HMRC for anti-money laundering (AML). This applies to both residential and commercial agents.

Due to Covid, the deadline for registration was pushed back to June 10 2021, which means that anyone who should, but doesn’t, register by then is committing a criminal act.

Do we know roughly how many agents are not already compliant?

JW: It is difficult at this stage to say exactly how many agents are not compliant. The numbers should become a little clearer after June 10.

HMRC do, in fact, publish a list of all businesses registered for AML Supervision and they have estimated that there are about 100 across the country that fall within the scope of the legislation. It will be interesting to see down the line how many of the 100 have complied.

What is the Fifth Money Laundering Directive and how does it work?

JW: Over the last few years, the EU has regularly passed legislation known as EU AML Directives. All EU countries are required to sign up to the directives and are given a two-year period in which to translate them into domestic legislation.

The Fifth Directive was passed in 2018, and on 10 January 2020 it became UK law. Of course, the UK is no longer a member of the EU, but this doesn’t mean that existing directives will be overturned. Far from it.

While we may not know for certain what will happen in the future, it seems likely that the UK will continue to stay in line with any new AML legislation that the EU passes.

Can agents still act in the final few days before June 10 if they're not already compliant? What do they need to do to become compliant?

JW: Yes, agents can continue with their day-to-day business as long as they have begun the AML registration process. As a guide, HMRC usually confirm registration within 45 days of a company contacting them.

All that said, while agents must register with HMRC by June 10, the Fifth Money Laundering Directive has – as I mentioned earlier - been in existence since January 2020, meaning letting agents have been legally obliged to comply with the legislation for the last 18 months.

The June 10 deadline represents more than a registration exercise. To be compliant, there are certain obligations that agents must comply with. These include:

What are the potential fines or enforcement action for those who remain non-compliant?

JW: In terms of the Money Laundering Regulations 2017, people tend to forget that this is criminal legislation and not merely HMRC guidance. What this means is that when an agent fails to comply with the registration process or implement compliance policies and procedures, they are in fact committing a criminal offence.

This is evidenced by the fact that as well as being potentially the subject of a fine, for the most serious breaches there can be a custodial sentence of two years imprisonment.

And, of course, there’s the reputational damage to a business, too.

Any agent finding themselves on the wrong side of the law will almost certainly make an unwelcome appearance in the trade or national press and find their business listed on the HMRC Government website for AML breaches.

How big a problem is financial fraud in the property market? Is it mainly an issue facing the prime end of the market, or is that a myth?

JW: The problem is significant. Having spent half a lifetime sitting across a desk interviewing people who are seeking to launder criminal proceeds, real estate sits right at the top of their shopping list. There are several reasons for this such as status, returns on investment, etc, but quite simply nothing offers a launderer a greater opportunity to dispose of as much illicit funds in one go.

It is a myth that this is just a central London prime residential problem. While these cases attract headlines, there have been just as many ‘homegrown’ launderers who find the housing market in places such as Leeds, Bath, Manchester and Birmingham an attractive proposition.

Latest estimates suggest that over the last decade £5 billion worth of UK property has been acquired with suspicious wealth. However, I am confident that this underestimates the scale of the problem and that the true figure is considerably higher.

JW: Having spent over 25 years in financial crime and law enforcement, the easy option would have been to follow the path of so many of my peers towards a career with one the big banks or even the Financial Conduct Authority. However, having spent half a lifetime of working for large organisations, quite simply I wanted to be my own boss.

I was quietly confident that given my background I had enough experience and trust in my own ability to deliver high quality AML services. Having seen the world of money laundering from both sides of the fence gives me a valuable insight into this type of criminality and perhaps a greater understanding of how a money launderer thinks and operates.

Lastly, what is the worst example of financial fraud you have seen?

JW: This is a tricky question in that you can answer it in one of two ways. If you consider the worst example in terms of monetary loss or gain, then one of the big banks losing £24 million as the result of a ‘rogue’ employee would fall into that category. However, it could be argued that the only people losing out here are the shareholders.

In contrast. the person losing their life savings of £100,00 as a victim of fraud causes far more devastation to the individual. Having investigated both types of fraud, I can see an argument for both.

However, during my 30 years in financial fraud and crime enforcement, two cases stand out. Firstly, the investigation that focused on one of Europe’s ‘Most Wanted’ individuals. Jean Claude LaCote defrauded two Irish brothers out of £1.4 million and laundered the funds through Coutts. The investigation, one that I worked on, showed how LaCote had spent a lifetime defrauding victims across Europe.

After escaping from a South African jail 14 years ago, he was finally detained earlier last year in the Ivory Coast and extradited to Belgium where he was convicted of a murder carried out in 1999.

The second case involved the fake Italian lawyer, Giovanni Di Stefano, known as ‘The Devil’s Advocate’, who had spent two decades purporting to be an Italian lawyer while defrauding countless victims here in the UK. For me, it was a seven-year investigation that finally led to Di Stefano being sentenced to 22 years imprisonment in 2013.

Why fraud becomes a major problem in rentals during a UK recession ...

We are all acutely aware of the surge in demand for...

With tenancy fraud on the rise, landlords are increasingly wary. So,...