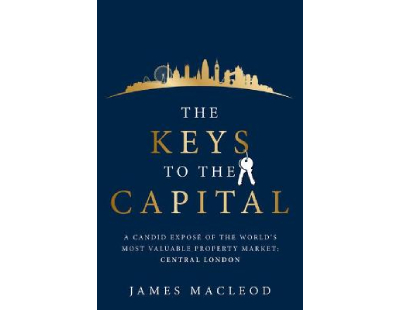 Books about property are, relatively speaking, commonplace - books by estate agents are far less so, hence the interest in The Keys To The Capital.

It’s by former Foxtons, Hamptons and Savills agent James Macleod, who went on to work at legendary buying agency Property Vision before setting up his own buying consultancy, JM Chase, in 2008. The book has several strengths, not the least of which is that it’s by an agent, rather than a journalist or casual observer of the industry.

Its main interest is London but it touches upon interesting points about the changing landscape of agency - the arrival of Purplebricks, the glacially slow buying process, and attempts to clean up the murky world of dirty money being laundered through the capital’s property market.

It’s an interesting prospect to know how Macleod’s peers at the most expensive end of the London market - at least the selling agents, if not the buying agents - respond to his questioning of the morality of stellar high house prices. This, and his allied concerns over money laundering, are the strongest elements of this book.

He also asks why it’s the responsibility of estate agents to effectively police dirty money, and not the duty of physical and financial gatekeepers of UK Border authorities. And more than once he raises the link - as he sees it - between the high number of overseas buyers and the high prices and empty investment homes that follow in their wake, especially in parts of prime central London.

Macleod’s other valid points query how stamp duty, in particular, has stopped being a transactional tax and instead has become a stealth-cum-wealth tax; and whether the long-term future will see property ownership, and specifically property selling, more akin to the stock exchange than to the current more haphazard sales process. 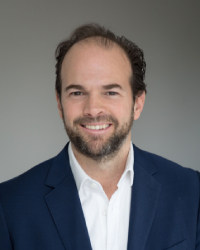 There are plenty of good ideas here but the book’s weakness, however, is in its focus: those ideas are hidden away, popping up at random and explored only superficially.

Precisely who is this aimed at? If it’s property professionals, then it is insufficiently detailed and in any case it only tells this group of people what most of them know already; if it’s the wider public, then the book needs to be much more clearly organised - it’s a self-published work which could have done with substantial editing to make the many good points it raises stand out within its 200 pages.

It’s easy to criticise and much harder to get these things right, of course, especially when the book is being done in tandem with a day job: but the result, consequently, is an interesting read rather than an essential one.

The Keys To The Capital, by James Macleod, published by Rethink, is available for £11.99 on Amazon

Covid-19 is speeding up PropTech - what are you waiting for? ...

What do General Electric, IBM, Microsoft, and WhatsApp have in common?...