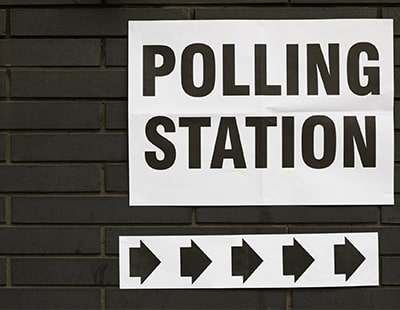 But this time, it’s a series of votes so extensive, it counts almost like a mini-general election.

Here's an overview of what people will be voting for in polling stations across the UK next week:

For most of the local elections there are genuinely local policies, and it’s not unusual for the same party to face different ways in different areas - for example, some will favour more housebuilding for an area in general, but their colleagues in a specific location may oppose a housing scheme unpopular with local voters.

However, some broader strands have emerged with regard to housing policies.

It is highly unlikely that anyone other than Labour’s Sadiq Khan will win the Mayor’s race in the capital, but this will be despite hefty criticism (even from Labour insiders, in private) about his housing record.

He has so far delivered under half of the 116,000 affordable homes which he pledged to have started by 2022-23, although he has a stronger record on delivering new-build council homes, mostly thanks to Labour borough councils.

This is how the main London candidates’ housing policies shape up.

Labour pledges another 10,000 new council homes over the next five years, and a new fund to re-purchase ex-council properties now in the private sector thanks to Right To Buy. Khan wants to win the powers to control rents - it is unlikely he will get this authority, even if as expected he wins easily on May 6.

Green candidate Sian Berry, already a member of the London Assembly, is a life-long renter herself and wants stricter controls than Khan, complete with a so-called Rent Commission to bring about a long-term reduction in private and social sector rents. She also has radical ideas about tenants combining to buy properties from private landlords.

Conservative Shaun Bailey pledges 100,000 homes priced at £100,000 each (roughly a quarter of the London average) through a shared ownership programme, with additional schemes to positively discriminate in favour of first time buyers and the homeless.

That Nicola Sturgeon will remain as First Minister with an SNP-led Scottish Government is beyond question, unless every single opinion poll is fundamentally wrong. Her party has already introduced the principle of Rent Pressure Zones where rent rises can be controlled. Her critics say these powers have been used too sparingly.

The SNP manifesto says: “We will develop a new Rented Sector Strategy in 2021 to cover all types of rented home, including agricultural tenancies, providing greater protections from unreasonable rent increases and giving people genuinely affordable choice when renting, and increasing protection for tenants. We will reform existing Rent Pressure Zone legislation to ensure local authorities can use it to directly address and cap unreasonably high rents in localised areas.”

The SNP has already pledged to deliver 100,000 affordable homes over the next decade; the party’s rivals want greater emphasis on social rental house building.

Welsh Labour, likely to remain the dominant force in the country after May 6, wants a huge social ownership and rental building programme - a 20,000 target for new homes for social rent is seen as a minimum, not a maximum.

The Conservatives pledge 100,000 new homes and - controversially - the resumption of the Right To Buy, as well as the permanent scrapping of the Welsh equivalent of stamp duty for first-time buyers.

Plaid Cymru’s manifesto says the party will commit to “the biggest public housebuilding programme for 50 years” in the shape of 50,000 properties - at least 30,000 for social rent and 5,000 for intermediate rent. Some individual candidates have spoken in favour of banning, or at least heavily restricting, the purchase of second homes.

Policies for the major parties vary significantly from location to location but one strand common to Labour and the Liberal Democrats is broad (by which I mean very vague) expressions of support for private rent controls.

Labour still has a broad-brush policy, hanging over from the Corbyn era, calling for rent controls in some cities, decided by councils; this would require powers those authorities currently do not possess.

The three major parties also have broad commitments to more housebuilding but, predictably, this is couched in general terms and varies area-to-area; with the exception of Labour, the parties presume that private house builders will be the driving force for this.

Both Propertymark and the National Residential Landlord Association have called for broadly similar policies for the local elections.

These revolve around resisting rent controls for the private sector, a broad expression of support for more house building, a call for more enforcement over rogue landlords, and some local specifics - for example, reform and greater transparency for the controversial Rent Smart Wales system.

Pro-tenant activists in groups such as Generation Rent and in the campaigning wing of the charity Shelter have long-held demands for greater local government licensing of landlords and letting agents plus stricter enforcement by local Trading Standards offices, all within an overarching national call for government to introduce the Renters’ Reform Bill.

These groups have won the ear of government during the pandemic, as witnessed by the frequent last-minute eviction ban extensions, but when it comes to local councils they have less traction in areas outside London and the big cities.

These are likely to be later than usual, and not just because of the Covid-inspired restrictions on numbers and requirement for social distancing during counting processes. Expect them to emerge slowly but surely on May 7, 8 and 9.

The voter groups are different by area - over 18s in England, over 16s in Wales, for example. And the voting systems are radically different too: local councillors are elected on the old-school first-past-the-post system but the Mayors and the Police and Crime Commissioners have a system called the Supplementary Vote.

The Welsh and Scottish national parliaments have a different system again - it’s called the Additional Member proportional representation. Meanwhile in London, voters for the Mayor and the London Assembly will have to master two different systems.

Confused? Who wouldn’t be. Yet this is likely to be the UK’s biggest test of political opinion since the pre-pandemic general election of December 2019.

And whatever the results, the smart money amongst Westminster journalists is that by mid-May there will be a Cabinet reshuffle by the under-pressure Boris Johnson.