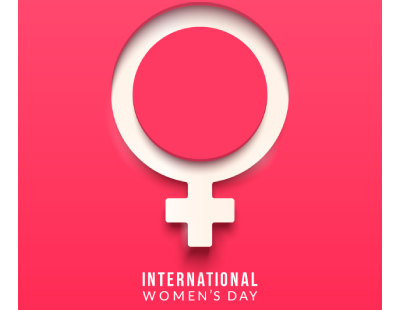 You could be forgiven for overlooking International Women’s Day on Monday. Well, almost.

Focus was instead turned to the first day back at school for millions of pupils, giving the strong women who mainly took care of their welfare and education for the last two months, as well as a great deal of last year, a bit of a breather.

After doing the packed lunches and seeing them safely through the school gates, of course. Not that I’m forgetting quite a few dads did the same, but this isn’t an article about Fathers’ Day, remembering that tomorrow is Mothers’ Day, the ready-made giver of profits for Amazon (named after a river or a tribe of strong women, you decide) and greetings cards vendors.

Another disrupter on Monday was an interview given by an internationally-recognised woman, with her husband sat alongside, to another woman about their move to a new life away from the UK and the family they left behind to occupy a huge patch of London real estate and large swathes of the wider country.

Everyone commented about it, apart from the Prime Minister, who for once was lost for both words and bluster when asked for his opinion during a press conference.

Here at the office in Drayton, International Women’s Day seemed much like any other. We don’t need single days to remind us of the power of women in our lives!

Every day, our Drayton sales team is led by Claire Ray and our lettings team by Amanda Burden, while at Emsworth, Anne-Marie Green is in sole charge of the office.

It’s not about counting numbers, unless you are counting them as a measure of business success, or being politically correct.

Here we are driven by doing the best for our clients, and that means having the strongest team members leading from the front. Since the business started in 2009, Amanda has been part of the team, covering admin roles at first while also enjoying the international jet-set life as Virgin Atlantic cabin crew.

Along the way, other strong women have joined and then taken flight to new and bigger opportunities and we even had a mother and daughter on the team for a while, working happily alongside each other.

All three female members of the current team bring years of experience in customer service and the property industry, a powerful combination that works for everyone and especially our clients.

So while Monday was International Women’s Day, remember that every day we’ll be happily celebrating the contribution women make to our business (the guys they lead aren’t doing too badly, either, come to that!).

The gloom lifts – and so does the property market ...