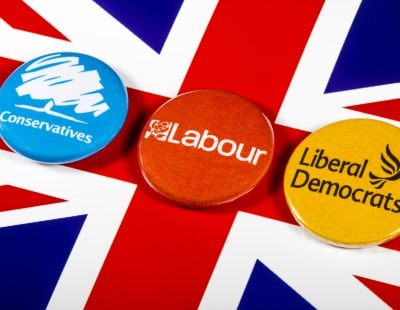 Back in the day, party politics and the private rental sector used to be straightforward.

Conservatives were pro-landlord, Labour were pro-tenant, while the Lib Dems were as ever somewhere in between but probably more-tenant-than-landlord in their outlook.

But that was then. Things are different now. You do not need reminding of the scores of measures introduced during the past 10 years of Conservative-led government relating to the private rental sector; rightly or wrongly they have combined to remove almost all financial benefits of buy-to-let for those who used it as a pension or income, and they have largely succeeded in turning the image of the landlord from that of an honest small-scale investor into someone trying to exploit the vulnerable.

Labour and the Lib Dems would likely have done much the same of course, but that would at least have been following their traditional philosophy - the political shock is that the measures of the past decade have come from the ‘pro-landlord’ party.

The extension of the eviction ban announced by government a week ago, apparently with little or no consultation with the private rental industry, caught trade bodies on the hop and is an example of something that probably wouldn’t have happened from a government of this political persuasion - at least in this manner - a generation ago.

So why the change?

Firstly, of course, the rental sector is so much larger now and that means for all parties and policy makers it’s harder to ignore.

Data released 18 months ago by the Office for National Statistics show that the number of households privately renting in the UK rose from 2.8m in 2007 to 4.5m in 2017 - that’s a rise of 63 per cent in one decade, and the figures are presumably higher still now in 2020.

While there are proportionately more families and older tenants than before, it’s still the case that younger households are more likely to rent privately: in 2017 some 47 per cent of private tenants were aged 16 to 34.

YouGov research of 11,590 adults in October last year showed the case in point:

Not until 40-plus did the Conservatives outweigh Labour, and for the oldest sector of 70-years-plus, it was overwhelming: 58 per cent Conservative and only nine per cent Labour.

So for the Conservatives to win swing seats - the ones they did in fact win in December last year to secure their large majority - they need to attract some of those younger voters, and presumably pro-tenant policies are seen as a weapon to do so.

You’ll recall in the December 2019 General Election there was almost a bidding war between Labour and the Conservatives over how much they would reduce or scrap tuition fees, and over how quickly they would scrap Section 21 eviction powers, and other ‘pro-young’ policies - this was an example of parties becoming ever-more keen to win younger votes which may have swayed the result in constituencies.

Research on this area is limited but after the 2015 General Election, polling organisation Ipsos Mori discovered that just 43 per cent of 18 to 24 year olds voted, compared with 78 per cent of people aged 65 or over.

There may be good reasons for the difference - younger people are more likely to be working, or at college, or not be registered to vote because they are mobile and living or studying away from home.

But whatever the reason, they are a less ‘reliable’ voting group because they do not necessarily come out to vote: therefore they have to be tempted by policies like the increasingly pro-tenant ones now espoused by Tories as well as Labour.

The UK’s first-past-the-post and constituency-based voting system accentuates the issues outlined above.

So will things ever change?

Hamptons International this year calculated there were now just 2.66m landlords in the UK - when compared with 4.5m private rental households, many with two voters in each household, the maths makes it easy to see why both major political parties have now turned on buy-to-let as they scramble for votes.

Sadly, we can’t expect that to change any time soon.

In retrospect, it was perhaps inevitable that the infamous dead cat...

Tech can help agents expand and improve their bottom line – here’s how ...

Technology can be utilised to grow and advance a company's income....

Estate agents are in a unique position – we handle the...

Video interview - what are the main challenges facing letting agents? ...

In this latest video interview, exclusively for EAT and LAT readers,...