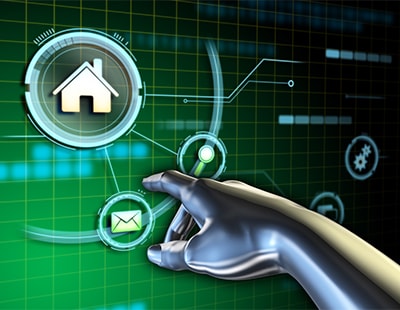 There’s a sense that we really are on the verge of a huge change in the industry.

It’s too early to be sure, of course: we are only weeks into something which will last months and possibly years before there is a stable ‘new normal’ for the agency industry and everything else.

But there’s a real mood that this may be the period where everything changes for good, albeit slowly at first. In a few years, we may look back and see that whatever structure the industry has, it will have emerged from the forced circumstances of the Coronavirus crisis.

I’ve asked several agents what they think the long-term consequences of this period will be. Unsurprisingly, there’s no absolute consensus although areas of agreement are greater than one might expect.

Firstly, let’s look at how agents work, and specifically the recent trend of agents bored with the restrictions and low income of employment moving into self-employment: will this trend slam into reverse after self-employed were exposed badly in the virus crisis?

Most agents I’ve spoken with say no - and possibly quite the reverse...

Jamie Hope, sales manager at Maskells agency in London, sums it up this way: “Agents who went out on their own a couple of years ago will have built a track record and likely a war chest of funds; those who have more recently gone on their own will have been sure that they can survive for an initial period until they start to see deals coming through.”

“[They] will be able to cut costs, hunker down and the freedoms they now enjoy, away from corporate life, will far outweigh the benefits of a salary. The risks are higher but so are the rewards. This is a trend we will see continue.”

Recruitment guru Anthony Hesse, MD of Property Personnel, thinks the same: “This new experience of working exclusively from home will remind staff of the importance of spending more time with their families.”

“What’s more, those treated poorly by their current employers won’t forget the experience and will look for other jobs within the industry or elsewhere. I expect to see a seismic shift in people moving around from job to job, and from profession to profession, with some of them making the move to be self-employed.”

In tandem with that - and an obvious area where current forced circumstances may induce a long-term change - is the possible shift to more permanent working without traditional offices, whether that’s working from home or a serviced office.

Will the hubs and market centres we’ve seen pop up in recent years become the rule rather than the exception?

“Those ultra-traditional agency businesses carrying multiple branch costs of rent, rates and support staff will now see that not only are these ever-more unsustainable but they’re also largely unnecessary,” suggests Russell Quirk, a director of a Keller Williams agency franchise in Essex.

“Perhaps there’s a positive here for the likes of Countrywide, Foxtons and LSL - if they survive this, they may at last listen to reason and pivot their models.”

Graham Lock, who now runs the Federation of Independent Agents after operating both online and traditional agencies himself, agrees: “It’s a positive for the industry. We live in a very flexible world and the days of 9-to-5 in the office seem a little outdated.”

“Flexible working and working from home will open up the industry to more talent and naturally these individuals will be mature, trusted and reliable.”

There are other views of course. Tim Hassell is MD of Draker Lettings in central London and says: “Working from home is often not much fun. It’s harder to be motivated, harder to concentrate and much more difficult to have that mental separation from work and private life that’s important to our wellbeing.”

“This will drive many more people to work in offices again. Factor in the possible decline in self-employed people because of the financial brutality that so many are facing, working from home will soon seem like a desolate place.”

And Jo Ashby, a partner in the John Bray agency in Cornwall believes challenging periods lead to consumers seeking trusted brands and trusted ways of doing business, rather than dynamic start-ups bucking convention.

“It’s very much a face-to-face industry and whilst we may have honed our remote working skills, we should not forget that the most important factor in all of this is ‘people’ and how a direct and personal meeting can make all the difference in building trust.”

Another area of possible change is property marketing - will the behaviour of the major portals, which can scarcely be said to have covered themselves in glory in recent weeks - herald a shift away from them. Will all the talk be converted into reality?

Probably not, most agents say - there’s plenty of dissatisfaction but for the future, no obvious alternative despite the recent rebellions.

Andrew Stanton, who runs the consultancy Estate Agencies Insight Strategies and is a former agent, has been in touch with over 700 current agents to discuss their relationship with Rightmove.

“They all want a transparent costs and all realise that true cost is a fraction of what’s asked by RM, hence why so many ‘free to list’ portals have sprung up. The biggest gripe is the servant-master relationship and perceived indifference of Rightmove.”

Even so, few believe that major change is on the way in the post-Coronavirus world.

“When the crisis is over the market will be driven by increased demand and a shake-up in people’s attitude to how and where they live. The market will be busy, and I don’t anticipate agents walking away from the portals that have become so important to their business,” predicts James Greenwood, director of Stacks Property Search.

And Marc Schneidermann, director of Arlington Residential agency in London, adds: “There’s little doubt that three major players is too many, although my belief is that none of these will become casualties of the economic crisis [but] I suspect there may be a shift in pricing moving forward in the longer term.”

What almost every agent agrees on, however, is that local newspaper ads - already a dying market form in many areas - will be a big loser.

We could go on, of course - for example, how will the agency respond to how consumers may change?

Will vendors be happy in future to have endless numbers of people traipse around their homes, often with little apparent likelihood of putting in an offer?

Will demand noticeably shift away from living in cities to living in less crowded areas - and will this become as key a ‘must have’ as, say, being near a transport hub or in a sought-after catchment area?

So many questions, so few answers.

Will any portal ever beat Rightmove? ...

If you want an engaging page-turner novel for cold winter evenings,...