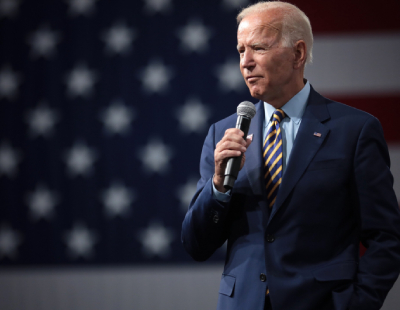 With a new President elected and the old one reluctant to move out, this is a good time to see how the United States’ housing market is coping with coronavirus.

Don’t forget the coronavirus there is having a much more devastating effect than here (over 241,000 deaths at the time of writing, and in excess of 10.5 million cases) and the US equivalent of the furlough scheme is a pale and less-well-funded imitation of ours.

On the flip-side, restrictions in much of the US are far less severe than here and the mood music is one of much greater reluctance to ‘stay in’ - a tone which perhaps makes activity in the housing market much more likely, as people want to go about their normal lives.

So on to the US housing market figures, and they are ‘quite amazing’ according to the respected Lawrence Yun, chief economist with the National Association of Realtors (NAR).

Pending sales are up 24.2 per cent “implying that the autumn housing market activity will be stronger than has occurred, while the winter months also look to be bright because there are plenty of buyers in the pipeline,” according to Yun.

And just like the UK, mortgage activity in the US is remarkably strong.

Applications to the start of September were 30 per cent higher than a year earlier, while fixed rate mortgage costs have dipped substantially - in August 2020 they were 3.0 per cent compared with 3.94 per cent in August 2019.

But then - in a refrain similar to that we hear frequently from UK agents - Yun points out one frustrating factor in the US market right now…there are just too few homes on sale.

Currently there are 1.49 million homes on the market US-wide compared to 1.83 million this time last year, making it an 18.3 per cent drop in inventory in 12 months - and that was before Donald Trump decided he wasn’t going to move.

The difference in this US measure is that the median price over there has soared over 10 per cent in a year - that’s far more than over here.

From the perspective of the NAR - which is a super-charged, more powerful and more respected version of NAEA Propertymark - there is a need for more inventory in the shape of more house-building rather than necessarily more existing homes coming to the market.

“We need more supply to match up with demand, so that prices in the future rise roughly in line with people’s income growth” says Yun.

Early figures for the autumn in the US suggest that all of these late summer trends are continuing, making the housing market over there - like here - as one of the few bright lights in an economy dimmed by the consequences of the virus.

And just as the Bank of England is supporting our economy, including the housing market through oh-so-low interest rates, so there’s a similar approach State-side.

The US Federal Reserve has recently pledged to keep interest rates low for the next two years at least and foreclosures have been banned until well into next year.

The similarities are strong, aren’t they?

But it’s not so much a Special Relationship that keeps the US and UK on roughly similar housing market paths. It’s more a common desire not to upset an apple cart where most people have a vested interest through home ownership.

In other words, if you think there’s enough worry over the pandemic, think how much anger and unrest there would be if house prices were tanking at the same time.

The trick for Boris Johnson and now Joe Biden is to make sure that continues to be the case until a vaccine is distributed - and that, of course, may be easier said than done.