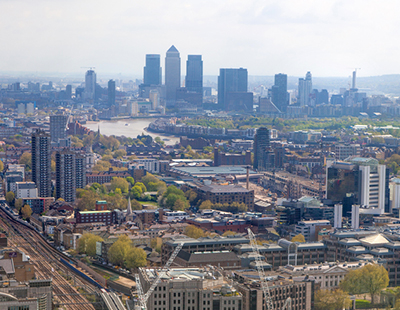 After a challenging period for the UK property market, recovery is very much on the cards and the end to uncertainty over Brexit augurs well for continued growth into 2020 and beyond.

Irrespective of how you voted, the election of a majority government has brought some much-needed stability to the sector.

There are some potentially divisive new dynamics in play affecting different areas of the country, however.

They will present a challenge but also golden business opportunities for property investors willing to move outside of their traditional territories.

The new Conservative administration’s plans to kickstart the housing market will be seen as a godsend in London and the South East, where property prices have stagnated and even fallen in recent years.

Chancellor Sajid Javid’s much vaunted £500,000 starting threshold for a new Stamp Duty Land Tax (SDLT) for England, will be particularly welcome in helping to boost property sales in those areas.

Allowing London property prices to dictate the new threshold would not be universally popular, however, and there are those who believe it could create a two-tier system,  collapsing property markets outside of the capital where house prices are much lower.

There is particular concern in Scotland which already has the highest stamp duty rate - known as Land and Buildings Transaction Tax (LBTT) - in the UK.

The Scottish Government introduced the LBTT as a copycat measure for a similar levy introduced by the Conservative government in 2015.

It imposes a charge of 2% on homes worth more than £145,000 up to 12% on those which sell for more than £750,000. Buyers of holiday homes, buy-to-let properties and other second homes are charged an additional 4% under the Additional Dwelling Supplement (ADS).

In Scotland, Wales, Northern Ireland and some provincial areas of England, including the North and North East, markets are entirely different from London and the South East; houses are more affordable compared with average earnings and there’s a shortage of rental property.

In the major cities such as Glasgow, Liverpool, Sheffield, Leeds and Nottingham, it can be difficult to secure a rental property. Students, professionals, foreign nationals and those on benefits are all competing for the same available rental lets.

The LBTT had an inglorious start with ministers being forced to revise projected revenues to 2021 from £1.8 billion to £962 million, a drop of 46%.

Any schoolboy or girl studying economics will tell you that when taxes rise, consumers change their behaviour accordingly, so it was no great surprise that many homeowners, faced with a massive increase in the cost of moving to a new house, opted to stay put.

The greatest negative impact was on the purchase of second homes and buy-to-let properties. Tax revenues are small compared with the high risks of restricting liquidity in the buy-to-let market and the knock-on effects on other businesses that rely on a buoyant property market.

Some landlords with highly geared portfolios made losses and were in the position of having to pay tax on those losses. This has happened at a time when they had to weather changes to the Private Housing (Tenancies) Bill, based on improving tenant rights with no consideration for the financial risks and challenges faced by landlords from rogue tenants.

Many landlords took the view that they’d had enough. The LBTT and the 4% ADS are part of a bigger picture which also includes significant reductions in mortgage interest relief and the removal of 10% ‘wear and tear’ relief.

Landlords north of the border could now be faced with a double whammy, after the Scottish government announced its intention to crack down on Airbnb-style holiday lets.

The move follows complaints from residents that the growth of short-term lets is pushing up rents, as well as contributing to littering, noise and anti-social behaviour. Airbnb-style lets have been a hit with budget-conscious travellers but they’re less popular among residents who find themselves constantly bumping into strangers in communal areas.

From 2021, councils will be able to establish designated areas where planning permission is required before properties can be rented out. The scheme will also set safety requirements for all short-term lets and other measures will be introduced to police littering and overcrowding.

Short-term lets will be expected to make an “appropriate contribution to local communities and support local services” in addition to a slated tourism tax that will mainly affect landlords in Edinburgh.

Most of the 1,000 people who responded to a consultation on the issue backed the introduction of reforms, although they were divided over what should be done.

Those who took time to study existing regulations in Glasgow knew that it’s been forbidden to rent out an entire flat for short-term lets, including Airbnb, in a close with a communal entrance, since March 2017.

An individual room can be rented out if the owner remains living in the property. Otherwise change of use planning permission is required and this may be refused, particularly in areas where there’s a high density of rented flats, such as Crosshill, Shawlands and Strathbungo.

Glasgow was the first city to introduce stricter rules on short term lets but Edinburgh, which has become a honeypot for Airbnb travellers attracted by thousands of online adverts, has now followed suit.

Unless legislators north and south of the border take action to unify stamp duty thresholds and regulations governing short term lets – which seems unlikely – UK landlords will be faced with a classic two-tier system.

Those operating in Scotland who feel disadvantaged by higher taxes and more stringent regulation, however, will have the option of moving south of the border, to areas of the country where it will be easier and less expensive to do business.

Politicians who are deaf and blind to the concerns of landlords, who create the markets in the first place, are often forced to learn the hard way of the folly of their actions.

In the meantime, land and property sellers, local authorities and tenants in the newly burgeoning markets in England will be more than happy to welcome new entrants from Scotland or elsewhere with open arms.

*Paul Smith is founder and CEO of Touchstone Education, which runs UK-wide courses offering advice and guidance to investors in property

Short term lets - what’s the extent of the problem? ...

Timothy Douglas, Head of Policy and Campaigns at Propertymark, analyses the...