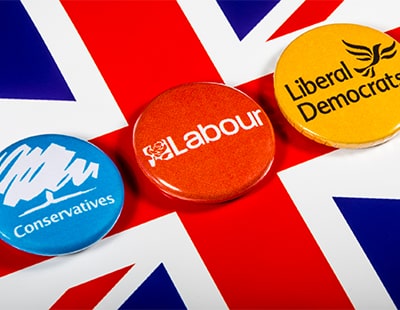 If you thought - perhaps hoped - that five weeks of prorogued Parliament meant a break from politics, think again: the party conferences begin this weekend and will take us through much of the next month.

They are likely to be more shrill than usual thanks to a broad consensus that a General Election is on its way sometime, probably over the winter. To add to the fractiousness, the London Mayoral election takes place next spring, as do many local elections nationwide.

While conferences typically involve a bidding war over the numbers of new homes each party pledges (can anyone beat Labour’s 2018 promise to build 300,000 a year?) this year it is much more likely that the focus will be on the rental sector.

The main reason is obvious: the scramble to win over young voters, likely to be keen to have their voice heard after a widespread belief that they influenced the 2016 EU referendum result by failing to go to the ballot box in large numbers.

Politicians, national and local, know that urban votes are critical and in major cities the younger voters are living with Mum and Dad (because they cannot afford to leave home) or are in private rental accommodation (at higher education or in work). Either way, housing as an issue is critical to them - and in their financial position, lettings is more im-portant than owner occupation.

On top of that, housing campaigners have been active in universities and colleges raising the issues that have simultaneously outraged property professionals but have motivated many young people – Section 21, the quality of rental accommodation, rent controls and so on.

It’s against that landscape that the upcoming party conferences are being held.

Liberal Democrats - September 14-17: The only explicit debate given to a housing issue is on Tuesday morning, when a 40-minute debate is dedicated to scrapping Section 21.

The motion (you can see it here, featured on pages 65 and 66 of the online agenda) is laden with unhelpful and sometimes inaccurate shorthand about no-fault evictions and their impact, additional-if-unspecified help for tenants, and concludes with an all-embracing call for “further work to be undertaken with tenant and landlord organisations and groups to explore the opportunities for further reform and improvement of the private rental sector.”

As a side note, party leader Jo Swinson (giving her first conference speech in that capacity shortly after the rental sector debate) will be announcing at conference her new spokespeople for different jobs, including housing. She came to office just four weeks ago with 12 MPs and now has 17 thanks to defections, with possibly more to come.

Labour - September 22-25: With no agenda yet released it is impossible to say how much prominence housing and related issues will have, but it is likely that most debate on the subject will be given to Shadow Chancellor John McDonnell’s proposals that private tenants by given a form of Right to Buy, with discounts, if the party is elected to government.

Despite the controversy the proposals have created, they are not yet party policy and would have to be debated and approved at this conference if they are to be included in a 2019 General Election manifesto. The consequences of such a policy, if approved, have been well-documented in just the past few days.

- suspending Right to Buy for council homes in England (spot the irony);

- give councils powers to build local authority housing ‘at scale’;

- make it harder for developers to exploit planning-related loopholes;

- enhancing long-term tenancies in the private and social sectors;

Conservatives - September 29-October 2: Not only is there no agenda ready yet but the main promotional video for the conference, on the Tory party website, includes input from now-expelled ex-Chancellor Phillip Hammond and several Cabinet ministers unceremoniously dropped by Boris Johnson - a sign of the party’s turmoil.

The major interest for our industry here will be stamp duty: Chancellor Sajid Javid has a guaranteed speech to conference at a time to be announced. He is, however, in a bind.

While he will surely not repeat last month’s flip-flop uncertainty over whether SDLT should switch from buyer to seller, he will nonetheless want to paint himself as a reforming Chancellor. But if on the one hand he promises a reform of SDLT if the Tories win an election, he will create uncertainty as buyers and sellers sit on their hands waiting for polling day.

If on the other hand he actually announces details of such a reform before an election, he takes away one of the Conservatives’ most appealing policies with which to woo voters.

New Housing Secretary Robert Jenrick is likely, but not confirmed, to lead a session on Monday September 30 and this may include a question-and-answer session for delegates to new Housing Minister Esther McVey.

The outstanding measures already in some form of consultation or early stages of execution by the government include:

- the agency training and qualifications outlined in the summer’s working party report on the Regulation of Property Agents (these are thought to remain unchanged by the new political leadership of the Ministry of Housing, Communities and Local Government);

- reservation agreements under consideration (and, some political analysts say, may be the subject of a possible announcement at conference);

- referral fees under review, with any next steps likely in the New Year;

- Help to Buy (ISA scheme closes for new entrants in November, and H2B Mortgage Guarantees end in 2020, so both may be subject to further announcements).

With a General Election imminent it is foolish to think any of the three UK-wide party conferences will conclude without additional pledges.

The challenge for our industry, perhaps, is to try to greet them with enthusiasm and not with the cynicism which politicians of the recent past created in their treatment of housing and agents as political footballs as they scramble for votes, rather than solutions.