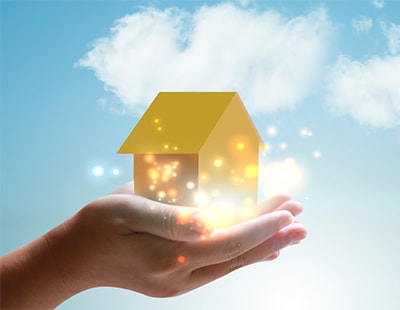 Another day, another housing minister – at least that’s what it feels like! The resignation of the Foreign Secretary Boris Johnson has led to yet another reshuffle of May’s cabinet.

Previous housing minister, Dominic Raab, has now been shifted to the role of Brexit Secretary, and the relatively unknown Kit Malthouse has been given the role of Housing Minister.

The Conservative Party has faced its fair share of criticism over recent weeks, and while all the focus has been on the big B-word, it’s important that domestic issues are not neglected while we progress through Brexit.

I have often spoken about the need to separate property from politics, and while the government has frequently stated that housing is at the top of its priorities list, how committed can they really be if they keep changing the person in charge of it all?

Complaints about the role of housing minister have been ongoing for years. Many feel the role has become a spring board for other positions, and is often given to the rising stars of the Conservative party, rather than to experts who would bring their knowledge and personal experience of the sector to the role.

This is seemingly backed up by the fact the party is not short of housing experts. Kevin Hollinrake founded an estate agency, and is a member of the Housing, Communities and Local Government Committee, and Mark Prisk, a former housing minister himself, was a chartered surveyor before going into politics. One has to wonder, would one of these MPs not have been the more sensible and indeed, the more obvious choice?

Nothing against MP Kit Malthouse, though. Indeed, while Dominic Raab was less than excited about his appointment as housing minister, largely seen as a snub by May to keep him outside the cabinet, Malthouse seems rather enthused about his new role, and may surprise us yet.

But as I have said before, a long-term commitment is the only solution to the current issues facing the property market. These problems are largely around affordable housing – or the lack thereof.

Granted, the government have made some steps towards making improvements to the housing market. The abolition of Stamp Duty has helped around 8,000 first time buyers get onto the property ladder and the Help-to-Buy scheme has successfully seen more homes being built for first-time buyers, demonstrated by the highest FTB sales last year since 2008.

All positive progress, but it is still not enough to solve the problems around affordability that we are facing. The silver lining of course, is that no housing minister has been in office long enough to undo the policies enacted by Gavin Barwell, housing minister from June 2016 to July 2017, which were largely popular across private, affordable and rental sectors.

Malthouse has a tricky job ahead of him, and I just hope that his appointment, or the reshuffling of housing ministers, doesn’t mean one step forward, two steps back.