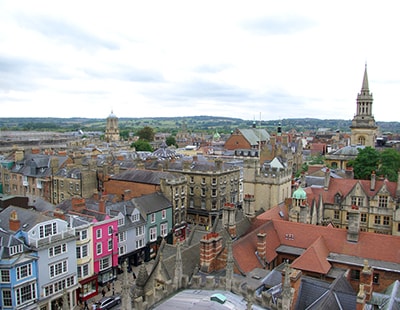 100 years ago, 90% of the UK population rented a home. Today, that figure has flipped, and over two thirds are now homeowners.

Of course, the exact breakdown varies by region, age and demographic and statistics are endlessly bandied around as to who does and doesn’t own their own home, who is resigned to life as a renter and what needs to be done to address the situation.

What is clear, though, is that overall the UK is a nation of homeowners. And I’m fine with that. In fact, I very much support it and no, not just because I lead an estate agency group, but because I believe that if people work hard, do well and buy the home of their dreams then who are we to question that?

What I do have issue with is our over-reliance on social stereotypes and the sometimes-unrealistic expectations that they can create.

When, recently, the Resolution Foundation suggested that millennials should be gifted £10,000 to help them on to the property ladder or to start a business, it got me thinking.

Simply, have we allowed ourselves to be consumed by the belief that ALL young people have it tough, while the older generation (who, under the Foundation’s recommendations would foot the bill for this windfall) don’t know how lucky they are, stifling opportunity for the young?

We live in a democracy in which people are free to make choices. Making these choices, however, isn’t about benefitting from some notion of universal fairness or equality. If someone has worked hard for many years, paid their taxes, invested well and in their later years has a nice home and/or a solid nest egg then we should celebrate this.

However, we can’t carry on with a warped belief that it is the cultural norm to own a home here in the UK, nor that it’s something we should all demand or expect. That’s where, I believe, the Resolution Foundation, amongst others, has got it wrong.

Of course, where individuals are limited in the choices that they’re able to make through no fault of their own, we do require a social safety net. Indeed, this is part of the need for greater quantities of social and/or shared ownership homes as part of the overall target to address our current housing shortage. I’d argue for an overall commitment to build 300,000 new homes, of which a third should be for those who need this greater support.

Then there’s the question of Build to Rent. Undeniably, this has been something of a revolution in recent years and it’s made positive moves towards ‘normalising’ being a renter.

The downside, however, is that rents are often up to 20% higher than the market norm and the British culture may not be fully aligned with this style of living quite yet.

But that’s where a reputable letting agent comes in to play, providing prospective tenants with open-market choice.

So where does this leave us?

I believe it’s right that we celebrate and strive for homeownership, but we should not demand or expect it; we need to better embrace the rental market and view it as a legitimate mode of long-term living; and we need to pull together as a sector to ensure a varied range of properties that meet the needs of a diverse population are available.

We do not, however, need to roll out punitive taxation measures on those who have secured a comfortable standard of living; nor do we need to introduce subsidies that distort the market and line the pockets of the large PLCs.

Above all else, we do not need stereotypes that are used to seemingly justify such proposals and the sooner this is realised, the better!

Is the stigma of renting at odds with our broken housing market? ...

I’ve written before about the impact of headlines on the property...